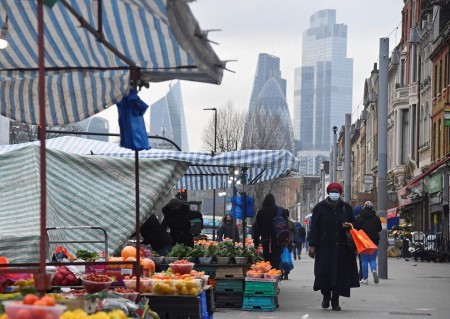 LONDON, June 27 (Reuters) – The British public’s expectations for inflation in future years receded this month to the lowest level since January, a survey showed on Monday in good news for Bank of England officials who fear price pressures are becoming embedded.

U.S. bank Citi and pollsters YouGov said the expectations for inflation in five to 10 years fell to 4.0% in June from 4.2% in May, a move Citi described as encouraging.

Inflation expectations for 12 months time were steady at 6.1%, the survey showed.

BoE rate-setters are watching surveys for signs that high inflation – which hit a 40-year record of 9.1% last month – is becoming entrenched in the psychology of the British public, which would make it harder to bring inflation back to the BoE’s 2% target.

“However, we see little in today’s data that should provide a further impetus for an outsized 50 basis point move (in interest rates) in August,” Nabarro added.

Financial markets show a roughly 73% chance that the BoE will raise its Bank Rate to 1.75% from 1.25% at its next policy decision on Aug. 4.

The Week in Crypto: Evolution of NFTs & More