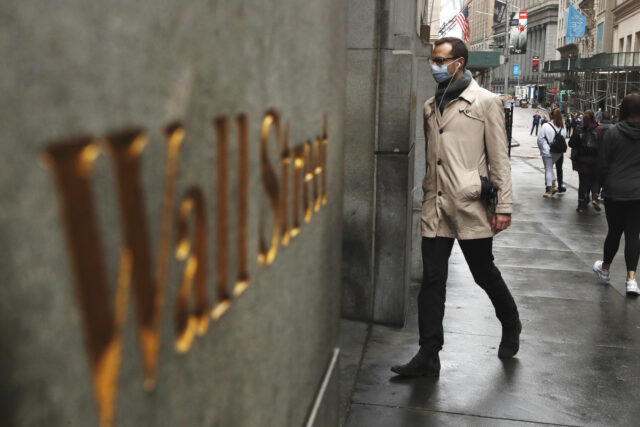 This morning, investors will have woken up to some scary headlines about the yield curve. Overnight, an often-watched part of that curve inverted; the yield on the 2-Year Treasury moved above that of the 10-Year. That, according to the stories, is usually seen by traders and analysts as a harbinger of a recession. The questions for investors are: Why do traders see it that way, and are we about to enter a recession?

The “why” is the easier of the two to answer. Inversion means that traders are betting on interest rates being lower in ten years than they will be in two. Given that interest rates are raised by central banks in a strong economy and cut when weakness appears, that implies that those traders are expecting a period of strength to be followed by one of weakness.

It is a lot harder to say whether or not that is what will transpire.

A recession follows inversion around two thirds of the time, usually within one to two years. Of course, that also means that it doesn’t one third of the time so, while an indicator of sorts, the relationship between a yield curve inversion and recession is far from set in stone. Put simply, as anyone who has ever traded knows all too well: Traders sometimes get things wrong. In addition, sometimes they get it right, but perhaps more by luck than judgement.

For example, the last such inversion was in 2019 and, sure enough, there was a recession, usually defined as two consecutive quarters of declining economic activity, the following year. That, though, was the result of an almost complete shutdown of the global economy in response to Covid. Bond traders are smart people. I know that because every one of them I have ever met has told me so, but do you really think that they saw the global pandemic coming a year before it happened? Obviously not, so the relationship between curve inversion and recession in that case was more of a coincidence than anything.

Still a 66% strike rate is pretty good for any market signal, so how worried should investors be? At this point, not very.

First, as I said, there is a significant lag between inversion and recession when it does happen, which is why there has been no reaction in the stock market this morning. All of the major indices are indicating a higher opening as I write this, so clearly stock traders are taking it in stride. Second, there is one other very plausible reason for this inversion which while it doesn’t exactly inspire confidence, doesn’t mean that a recession is imminent.

The Fed is embarking on a major shift in policy, stating an intention to raise rates quickly after an extended period of keeping them at historic lows. That in itself puts upward pressure on the short end of the curve and is a large part of the reason for the move, but the reaction to it is significant in another way too. It possibly signals a lack of confidence in the market in this Fed. There is a widespread feeling that they got this wrong, insisting that inflation was “transitory” for far too long, forcing drastic action once the mistake was acknowledged. What traders seem to be saying now is that the pendulum has swung too far the other way; that policy will move too far, too fast in the other direction and create problems in the future.

That, though, assumes that Powell et al won’t have learned from their mistake (if it is indeed a mistake), or that they were right all along and inflation will dissipate quickly, leading to a reversal of the policy reversal. Given the exceptional supply chain issues we have experienced post-Covid, that isn’t an unreasonable assumption and, if it is what actually occurs, then the move back to lower rates that the yield curve is signaling would be because inflation was tackled quickly and effectively. Far from a nightmare scenario, that would be a positive for markets and the economy a few years from now.

For investors, the main thing here is to take a wait and see approach. An inverted yield curve tells us that the market is expecting yields to move lower in the future, but not why. In these exceptional circumstances, the why could be because the Fed, by reversing policy when they did, faced immediate danger and warded it off. If so, the inversion is not a warning sign at all and could even be seen as a positive signal. If the negative 2s-10s spread widens and is maintained, then maybe it would be a cause for concern but, for now, it isn’t, so the best strategy is to ignore the headlines and continue to look for quality names that are trading at a discount relative to recent values.

Rivian delays deliveries of pickup, SUV with big battery packs to 2023 By Reuters