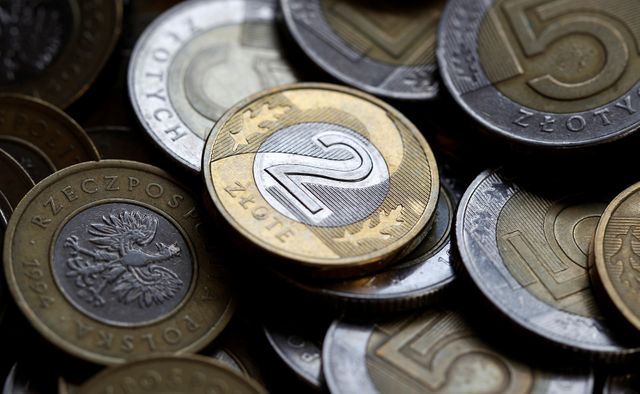 By Miroslava Krufova and Jason Hovet

PRAGUE, March 4 (Reuters) – Central European currencies face an uncertain path to recovery, a Reuters poll showed on Friday, after Russia’s invasion of Ukraine pushed Hungary’s forint to record lows and Poland’s zloty to its weakest since the global financial crisis.

Markets have been hit hard by a global flight to safe assets since the Feb. 24 invasion, prompting the Polish central bank to intervene to stem zloty losses and the Hungarian central bank to deliver its biggest interest rate hike since 2008.

The Feb. 28-March 3 poll saw the forint recovering the slowest among peers, with expectations the Ukraine crisis de-escalates.

“I think we have reached the top (of forint weakness),” said Peter Virovacz, senior economist at ING.

“In the short run the 375-level seems sustainable, especially after the central bank’s verbal intervention and rate hike. But the main reason is that under the current circumstances the positioning in the market means (the forint) cannot weaken much further.”

While the West has responded with harsh sanctions punishing Russia’s economy and financial markets the direct impact on central European economies should be limited due to low trade ties with Russia.

Instead, central banks are expecting already-surging inflation to be stronger because of rising energy prices during the crisis. Rate setters in the region have already tightened policy sharply since last year.

In the poll analysts saw the Czech crown and Polish zloty recovering over the next year to levels on par with previous forecasts from a month ago.

In Romania, the leu has avoided some of the turbulence in markets, and the poll saw it continuing to gradually weaken to 5.05 to the euro, which would be a drop of 2.1%.

(Reporting by Miroslava Krufova and Jason Hovet in Prague, Anita Komuves in Budapest and Alan Charlish in Warsaw; editing by Jonathan Oatis)

See Which Of The Latest 13F Filers Holds Standard and Poors...