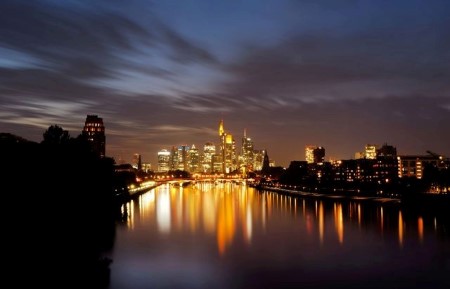 IHS Markit’s Flash Composite Purchasing Managers’ Index (PMI), a good gauge of overall economic health, fell to a six-month low of 54.3 in October from 56.2 in September.

That matched the lowest forecast in a Reuters poll which had predicted a more modest drop to 55.2 but was still comfortably above the 50-mark which separates growth from contraction.

“The October PMIs are consistent with our view that economic growth in the euro zone will slow markedly in the fourth quarter, and that inflation will rise further in the coming months,” said Jack Allen-Reynolds at Capital Economics.

Supply chain bottlenecks caused by the coronavirus pandemic, alongside a shortage of heavy goods vehicle drivers, meant the input prices index jumped to 73.1 from 70.9, by far the highest since the survey began in mid-1998.

Growth in activity slowed in Germany, Europe’s largest economy, while in France an expansion in the dominant services sector was offset by weakness among manufacturers, as supply chain issues impacted business.

In Britain, outside the euro zone, the economy unexpectedly regained momentum, although cost pressures rising there by the most in more than 25 years could encourage the Bank of England to raise interest rates for the first time since the pandemic. GB/PMIS

The BoE is expected to become the first major central bank to raise interest rates in the post-pandemic cycle, a recent Reuters poll found, but economists thought the first hike would not come until early next year, later than markets are pricing in. ECILT/GB

A PMI for the euro zone services industry fell to 54.7 from 56.4, its lowest since April, and below a 55.5 Reuters poll forecast.

But firms took on staff at the fastest rate since in over 14 years. The employment index rose to 56.0 from 54.1.

Manufacturing activity remained robust and the factory PMI only inched down from September’s 58.6 to 58.5 although an index measuring output, which feeds into the composite PMI, dropped to 53.2 from 55.6, its lowest since June 2020.

Prices for the raw materials factories need increased at a record pace, and while manufacturers passed some of those costs to customers, they were unable to transfer the whole burden. The output prices index climbed to 72.3 from 70.4, its highest since IHS Markit began collecting the data in late 2002.

That suggests the recent surge in inflation won’t be dissipating anytime soon, raising question marks over the European Central Bank’s view the upswing would be transitory.

“The combination of slowing growth momentum and building inflationary pressure could exacerbate divisions within the ECB’s Governing Council ahead of next week’s policy meeting, although the December meeting remains the one to watch,” said Hussain Mehdi at HSBC Asset Management.