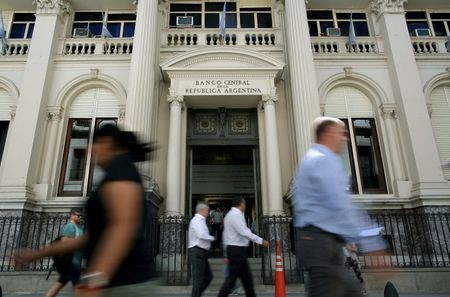 BUENOS AIRES, Aug 5 (Reuters) – Analysts polled by Argentina’s central bank sharply raised their inflation estimate for 2022 to 90.2%, up 16.2 percentage points from the previous month’s forecast, according to a survey published on Friday.

A source from Argentina’s economy ministry told Reuters on Thursday that inflation in July could be so high that it will “shock” the government.

Nonetheless, the 39 economists polled between July 27 and 29 moderately raised their economic growth projection for Argentina in 2022 to 3.4%, a increase of 0.2 percentage points from their projection last month.

Participants also expect the average nominal exchange rate in Argentina in December to be 167.16 pesos to the dollar, which closed Friday at 132.9 pesos per dollar.

Latin America’s third-largest economy has been suffering for years from very high inflation, which has been aggravated since March by the effects of the war launched by Russia in Ukraine.

France and Italy are home to some of the grandest castles and palaces to...