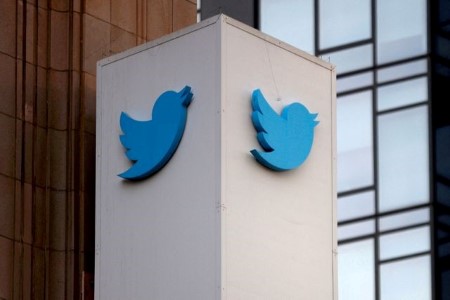 BEIJING, Jan 26 (Reuters) – How will China’s metaverse evolve? Look to the letter “c”. Clean, censored, compliant and crypto-less is the view from experts.

The descriptions point to the long shadow thrown by Chinese authorities who have already intimated they will have a heavy regulatory hand in how it will develop – a shadow some China metaverse advocates fear will stunt its growth.

From Microsoft’s MSFT.O $69 billion plan to buy Activision ATVI.O to Facebook changing its name to Meta Platforms Inc FB.O, much of the tech world is leaping to build what many expect will be the next generation of the internet: immersive virtual worlds that replicate many aspects of real life.

Experts say China’s metaverse efforts lag countries such as the United States and South Korea, citing less investment by domestic tech giants. Industry-leading products like Meta’s Oculus virtual reality (VR) headsets are banned in China and the slow development of attractive domestically made VR headsets has meant China has yet to see a VR platform or metaverse gain significant popularity.

But interest has begun to surge. In the past year, more than 1,000 companies including heavyweights such as Alibaba Group Holding 9988.HK, BABA.N and Tencent Holdings Ltd 0700.HK have applied for around 10,000 metaverse-related trademarks, according to business tracking firm Tianyancha.

Baidu 9888.HK, BIDU.O broke new ground in December with the launch of “XiRang”, described as China’s first metaverse platform though it has been widely panned for not offering a high-level immersive experience. Baidu says its app is a work in progress.

Start-ups too are seeing more investment. In the three months to end-November, more than 10 billion yuan ($1.6 billion) was invested in metaverse-related ventures, far more than the 2.1 billion yuan of investment that China’s VR and related industries attracted for all of 2020, according to Sino Global, a crypto venture capital firm focused on China.

“Investors and venture capital managers who hadn’t talked to me in years were suddenly messaging – asking if I want to go for a meal and talk. They all want to talk metaverse,” said Beijing-based Pan Bohang whose startup plans to launch a VR social gaming platform.

Experts say the infancy of China’s metaverse allows Beijing plenty of room to co-opt its development, particularly since the current metaverse buzz has coincided with an unprecedented regulatory crackdown on tech and other industries.

“Traditional Chinese internet businesses developed first and were then regulated. Industries like the metaverse will be regulated as they are built,” said Du Zhengping, head of the state-backed China Mobile Communications Association’s metaverse industry committee which was formed in October.

But China’s authoritarian approach is at odds with how the metaverse is developing in other parts of the world where users are attracted to new ways of expressing themselves, and it will stifle growth, says Eloi Gerard, a VR entrepreneur who worked in China for 10 years before recently moving to Los Angeles.

“The metaverse is already a place where you have religious groups, LGBT movements, gathering all around the world and using the virtual world to share ideas, this is what people are doing on VRChat right now…it is crazy progressive and liberal,” he said, referring to a popular San Francisco-based VR platform.

“The idea of the metaverse is that one moves between virtual worlds…this goes immediately against the idea of one party, one voice, one vision.”

Experts also note that gaming – considered the gateway technology to the metaverse – is tightly regulated in China.

Games must be approved by the government and while battle games are allowed, strong violent content such as the depiction of blood and dead bodies is banned, as is anything that can be construed as obscene. As part of their recent regulatory crackdown, authorities have also sought to rein in gaming by minors as well as excessive adulation of celebrities and money.

Gaming giants such as Tencent and NetEase Inc 9999.HK, NTES.O have been quick to state publicly that they will comply with any rules while developing metaverse offerings.

The long arm of the government looks set to be duly felt in other ways too. An influential app, Xuexi Qiangguo, which is required reading for many Communist Party cadres, published an article in November that said the metaverse should be used to improve the quality of mandatory ideological education classes for school children.

At a January meeting of Beijing’s municipal political advisory body which discussed the metaverse’s development, proposals included a registration system for metaverse communities aimed at preventing them from influencing wider public opinion and causing economic or financial shocks, according to a state media report.

And while crypto currencies have become a defining feature of many Western metaverse worlds – they are notably absent in China’s metaverse as they have been banned by Beijing. Instead, the manifold forms of Chinese digital payment already in use, like the central government’s digital yuan, will likely take their place.

Despite the many probable restrictions, some entrepreneurs say China’s metaverse will flourish simply because of Chinese consumers’ willingness to try new forms of online entertainment.

Nikk Mitchell, whose company is in talks about metaverse projects based on Chinese stories that will play up elements such as Chinese calligraphy and traditional costumes, is one such believer, noting progress in domestic VR glasses and content.

When Chinese consumers are ready to give this metaverse-related tech another shot, “then there will be mass adoption at a level that I don’t think will happen in the West nearly as quick,” he said.

The Metaverse Opportunity for Artists

S&P 500 Stumbles as Bets on Diplomatic Path to Russia-Ukraine Crisis Fade By Investing.com