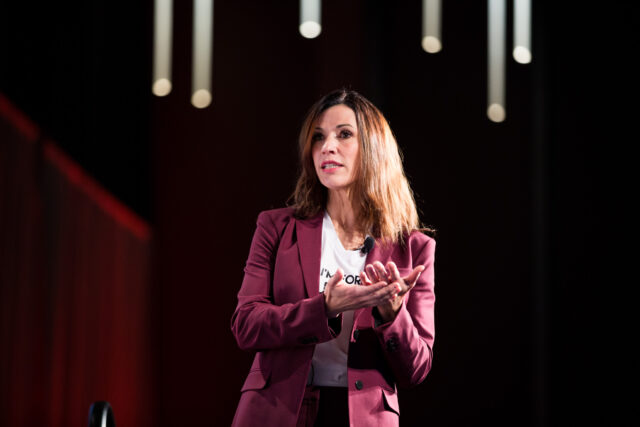 In its quest to help companies treat all employees fairly, Seattle-based Syndio has raised $50 million in new funding, the startup announced Monday.

The Series C round was led by Emerson Collective and Bessemer Venture Partners, with additional investments from Voyager Capital. Syndio raised $17.1 million in January and has raised $83 million to date.

Syndio’s data-science powered software is used by companies to analyze and resolve pay equity issues due to gender, race or other comparisons, and to provide strategies for fixing those disparities. The startup has grown to 80 employees and doubled its revenue each of the past two years. Its platform is now used by 200 companies, including Salesforce, Nordstrom, General Mills, Nerdwallet and others.

“The conversation is really changing and becoming more inclusive and comprehensive, as it should have always been, quite frankly,” Colacurcio said. “As a platform, we are the leader in this. And one of the reasons why is because we started doing this in 2017, before this had become such a macro issue and a cultural phenomenon.”

According to Syndio, customer use cases have shifted since the murder of George Floyd in May 2020. Before that event sparked a national reckoning on race in the U.S., only 50% of Syndio customers analyzed race. Today, 98% analyze both gender and race.

Colacurcio said employees are choosing where they work based on the commitment shown by CEOs and companies to pay fairness and workplace equity.

“The cost of ignoring these internal and external forces are clear: loss in brand power, increase in capital costs through employee attrition and inefficiency, and a collapse in morale,” she said. “For the first time in history, technology exists to meet this moment and make workplace equity a foundational leadership principle.”

Workplace dynamics have also shifted during the COVID-19 pandemic. The rise of remote and hybrid work creates another equity element that companies want to track — especially as it relates to whether days in or out of the office are impacted by gender, race, etc.

“It’s not unlawful to get promoted more frequently if you’re in the office, that’s the product of proximity bias and that’s not unlawful,” Colacurcio said. “But we have a lot of clients that are proactively wanting to make sure they’re tracking ahead of that to make sure when you slice that data by gender, race or ethnicity, they’re not creating issues.”

Colacurcio said success shown in the early days of the startup, and the broadening beyond just pay equity gave investors the confidence to double down.

“They saw the proof that, ‘wow, these guys aren’t just a one hit wonder,’” she said.

Startup casting call: We’re looking for a dozen amazing entrepreneurs to pitch their ideas in one of Seattle’s iconic elevators