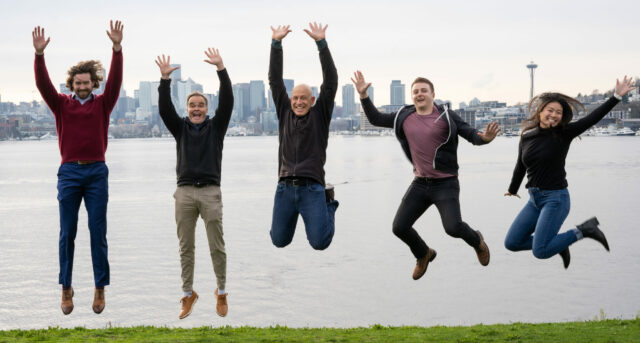 The news: Seattle startup Level raised $7 million to fuel growth of its flexible credit service used by independent contractors who work for marketplace platforms such as TaskRabbit, Dolly, Housecall Pro, and others.

The gist: Level offers workers flexible credit options that are only paid back when they earn. It allows contractors a chance to purchase assets and access capital to grow their “microbusinesses.” Level customers use the service to buy a truck and use it for work with a moving service, for example.

Level differs from traditional credit providers by charging a single flat fee on an advance and using work history as an application for credit. The total repayment amount is also fixed upfront.

The take: Level said its grew its business by 10X this year. Part of what’s driving the growth is more people quitting their 9-5 jobs amid the pandemic, also known as the “Great Resignation.” There is increasing interest in freelance-type roles — and Level is benefitting.

“With a record number of new businesses being formed, we have experienced a flood of new customers who have left ‘traditional’ jobs to have greater control and autonomy over their lives,” Level CEO David Edelstein said. He pointed to the growth of platforms such as TaskRabbit as a tailwind for Level.

The backers: Los Angeles-based Anthos Capital led the round. NextView Ventures, Ascend.vc, and Revolution’s Rise of the Rest Seed Fund also participated. Level raised a $1.5 million pre-seed round in February.

Europe regulator sees no safety concern in A350 paint dispute

These Are The Best Robinhood Stocks To Buy Or Watch Now