Home Facebook We Are Now Entering The Post-Facebook Era 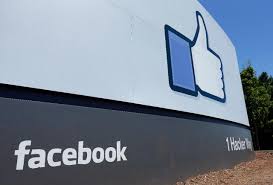 The evidence recommends that the rising Generation Z (if such names mean anything any longer) is progressively turning its collective back on social networks, or at least on social networks as we know them. I was recently told by the head of intern selection for the communication department of a company that it was elusive candidates with an active social network account, an pretty basic requirement for someone hoping to work in communication. Here we see the social pendulum at work: the first generation brought up when the social networks were at full swing is now abandoning them.

What are the implications for communication when a good part of a generation wants nothing to do with a medium that has become a central part of marketing, information and advertising campaigns, and what’s more isn’t interested in television, radio or newspapers either? Part of the reason for this is that unconsciously, we in the older generation renounced our responsibility for teaching our children about technology, stupidly believing that there had been some kind of change in their genetic structure that allowed them to understand it intuitively, seeing them as digital natives when really they were digital orphans, victims to harassment, bullying or fake news.

A generation has come to see the social networks as phony, a showcase where everybody looks their best, showing off about where they’ve been and what they’ve done, where trickery and lies are the order of the day and where the only thing that matters is accumulating followers. In short, an environment built on series of basic errors that are leading young people to abandon some social networks, not to the benefit of others so much, as some would have us believe, as in search of substitutes, which are also failing disastrously.

There is nothing wrong per se with social networks: the problem is with a model created by Facebook, which sees social communication as a business model in which the currency is privacy and hyper-segmented advertising, a model that puts us all on permanent sale, a battle royale where advertisers will do anything to get our attention. The problem is pursuing growth at any cost, where fake accounts make it impossible to know what or who is real and what is not. The problem is allowing practices that fail to meet the most basic ethical standards, simply because they drive growth. The problem is believing that you or your company are too big to fail, when in reality you operate in an environment in which everything can change from one moment to the next due to parameters that are, at their best, arbitrary, random and fickle.

If social networks are to have any kind of meaningful future, then radically new approaches are needed. Obviously, Facebook isn’t about to disappear overnight: it has generations of users and a huge number of companies who see it as irreplaceable. At the same time, there’s nothing it can do about its aging demographic, which is the result of a model that fails to protect our information, that sees us as products to be sold on, that breaches our trust and that pits us all against each other in a meaningless race for popularity, as though being liked were the ultimate ambition for our society.

To work properly, social networks require order, rules, respect and standards of behavior. The problems Facebook and Twitter have encountered show that left to our own devices, we are not able to operate, and in response to the chaos, these companies have merely taken a sticking plaster approach, repeatedly saying sorry, we won’t do it again.

As the next generation grows up, Facebook and Twitter’s problems will only multiply, which will be a problem for the communication and marketing departments of more and more companies. I don’t know if the solution will come from a new generation of entrepreneurs or from companies able to redefine themselves and grow from relatively marginal models, but I do know where it won’t come from. It seems pretty clear that the future of social networks lies in analyzing and understanding the post-Facebook era.