Home Business The rules of talking politics at work 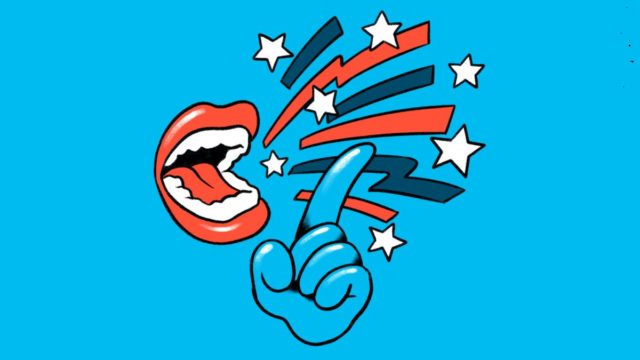 With Election Day right around the corner, emotions are running high and people are fired up.

But when it comes to talking politics in the office (or, these days, over Zoom), it’s best to take a more cautious approach.
“There is very little upside from discussing that in the workplace,” said Kyllan Kershaw, a labor and employment attorney and partner at Seyfarth Shaw. “The safest bet is to keep your political views to yourself and keep it out of the workplace.”
But if it comes up, here’s what you should know:

Check your company’s handbook on what is and isn’t allowed when it comes to politics and work.
“A lot of employers are adopting policies that say we want to keep politics out of the workplace,” said Kershaw.
For instance, some employers might prohibit wearing or displaying purely political paraphernalia in the office or while on the job.
“Employers have a lot of latitude to create whatever structures or guidelines that they want to create, and if they want to exclude any political discussion in the workplace they can do that,” said Kristin Alden, an employment attorney in Washington, DC.

If you want to discuss politics in the office and you work in the private sector, the First Amendment won’t protect you.
That means companies can ban talking politics in the office — but there are some exceptions.
Employers cannot prohibit discussions about terms and conditions of employment, including wages and working conditions — that is protected under the National Labor Relations Act.
That means a discussion about a candidate’s position on minimum wage or expanding the Family Medical and Leave Act can’t be prohibited, explained Alden.
“Those are all work-related issues, that even though they are tied to politics, I don’t think an employer can discipline you for raising them.”
However, she added that if you were encouraging a colleague to support a candidate because of their stance on gun control for instance, that is something an employer could limit.
Remember, for many people, employment is at-will, which means a worker can be fired for any legal reason. Political affiliation is not a protected class under Title VII of the Civil Rights Act. However, some states have passed laws preventing discrimination at work because of political affiliation and activity.

Consider what you do outside of work

Your boss can prohibit certain activities and speech while you are on the clock. But they can’t usually control what you do during non-working hours.
However, that doesn’t mean you can’t get fired for your extracurricular activities. And it’s usually not the act of going to an event that gets people in trouble, it’s what they say, noted Kershaw.
“Employers don’t want to be in the business of policing or regulating employee’s personal social media pages and personal activities out of work,” she said. “But if an employee is violating certain policies against racist statements, harassment, discrimination, threats of violence, then an employer is left with little choice both because of liability issues, but also because if it goes viral that impacts the employer’s brand potentially.”
Some states, including California, have passed laws that protect workers from getting fired for outside work activities.
“Truly treat it as a personal thing. And do not bring the workplace into it, that is generally where it can start to create issues for the employees,” said Kershaw.

Know when it’s time to go to HR

Private sector companies can advocate for specific candidates and distribute materials about their stance on political issues.
But getting stuck in a conversation with your boss about politics can be awkward. “Do the best you can just to get out of the conversation,” she suggested. “Say as little as humanly possible.”
If the manager says something that makes you uncomfortable, whether it is racially insensitive or leaves you feeling pressured to agree with a certain political viewpoint, she recommended making a confidential complaint to the human resources department.