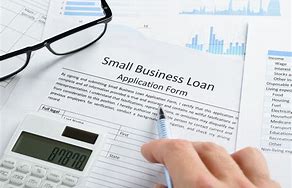 Small business owners will be given a $2 billion lifeline in a radical national government intervention to elevate competition with the huge four banks while offering more choices for companies that can struggle to secure loans.

Treasurer Josh Frydenberg will set up a major new fund utilizing Commonwealth debt to infuse more finance into the small business sector, vowing to help a part of the economy that employs in excess of seven million workers.

The scheme, to be announced on Wednesday, will adopt the same model Labor used to back $16 billion in mortgages during the global financial crisis but will restrict the funds to small companies, in what is an unusual intervention for a Liberal government.

In a separate move, the government will also overhaul banking regulations to encourage the banks to put money into a “growth fund” that will back small employers, copying a fund in Britain that has grown to $2.7 billion.

Australian authorities have warned of problems with access to finance among small employers, some of whom have to take out personal loans or use their homes as collateral to hire staff and expand their operations.

“We are determined to ensure that small business gets ready access to finance at the lowest possible cost,” Mr Frydenberg told Fairfax Media.

“By disrupting the existing market with this new $2 billion fund, small business will get the support it needs.”

Mr Frydenberg will take the new plan to Parliament to secure authority to establish an Australian Business Securitisation Fund, which will invest up to $2 billion in packaged small business loans from smaller banks and non-bank lenders.

The $2 billion will come from Commonwealth bonds and the investments will be treated as assets on the federal accounts, which means the scheme will not increase net debt but exposes the government to bad debts.

The Labor scheme, launched by then treasurer Wayne Swan a decade ago, promised up to $16 billion for Residential Mortgage Backed Securities to help the non-bank lenders survive the financial crisis and compete with the major banks.

The government sold the last of the RMBS investments in February this year in a commercial transaction that is understood to have turned a profit over the decade.

Reserve Bank assistant governor Christopher Kent warned last December that there was “less competition” to lend to small businesses because the market was dominated by the major banks.

“Interest rates paid by small businesses are also much higher than those paid by large businesses; it’s not clear the extent to which this difference reflects the greater risk involved in extending loans to small businesses,” he said.

“Entrepreneurs starting businesses often resort to personal credit cards for day-to-day funding, while those seeking to expand their businesses are concerned by the collateral required to obtain funding at lower interest rates.”

The government will not lend directly to small businesses under the new scheme but will instead support commercial lenders to do so, applying the same lending standards under existing regulations.

The new policy states that the government will not be taking on “risky debt” because the Australian Office of Financial Management will ensure due diligence on the loans, subject to assessments from the ratings agencies.

“The securitised loans will include both secured and unsecured lending to small businesses,” the policy states.

The government expects the program to run for five to 10 years. It would review the scheme after two years to decide if it should be greater than $2 billion.

The second initiative, the Australian Business Growth Fund, will raise private finance rather than rely on Commonwealth bonds and will offer to invest in small companies rather than offer loans.

The government is hoping to get major banks like the Commonwealth Bank and the National Australia Bank to back the idea, while also pitching it to big funds in the $2.7 trillion superannuation sector.

Mr Frydenberg is offering to amend the rules at the Australian Prudential Regulation Authority to get rid of barriers that have prevented the adoption of similar funds to those set up in Britain and Canada.

The UK’s Business Growth Fund was set up in 2011 with backing from Barclays, HSBC, Lloyds, Royal Bank of Scotland and Standard Chartered.

TikTok Says Small Businesses are Flocking to the Site

Should We Really Be Imitating Superstar CEOs?

Picsello Promises to be Revolutionary Software for a Photography Business

10 Online Business for Sale in June

Lira rallies late after Erdogan props up currency By Reuters

GRAINS-Wheat, corn ease as traders square off positions ahead of U.S. planting report