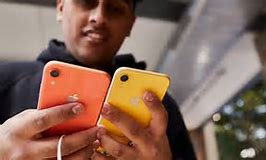 Apple (AAPL) is probably going to bring down production of its iPhone XR smartphones this quarter as a result of slower-than-forecast sales of the midrange handsets, an equity analyst said Wednesday. In the meantime, Apple is seen boosting production of its top of the line iPhone XS devices.

“After the first two weeks, we believe the iPhone XR sell-through rate continues to be weaker than we initially expected,” Rosenblatt Securities analyst Jun Zhang said in a report to clients. “This leads us to believe that Apple may begin another round of iPhone XR production cuts for calendar Q4. We believe Apple may reduce production for the iPhone XR by an additional 4 million to 5 million units for calendar Q4.”

Meanwhile, Apple may increase iPhone XS production by 1 million to 2 million units. That’s due to promotions for the holiday season by some wireless carriers, Zhang said.

The slowdown in component purchases could be related to quality issues related to power amplifier chips from Skyworks Solutions (SWKS), Zhang said.

“It is rare for Apple to make such dramatic production changes before the holiday season,” he said. “We will continue to track iPhone holiday season sell-through rates in order to see if the production cuts are more attributable to Skyworks’ PA (power amplifier) quality issues or if Apple is taking a more conservative approach to prepare for further softness in demand.”

Zhang reiterated his neutral rating on Apple stock with a price target of 200. Apple stock rose 3% to 209.95 on the stock market today.

He forecast Apple to ship 82 million iPhone units in the fourth quarter. That was unchanged from the same period a year earlier.

“Our 82-million-unit estimate faces downside risk if sell-through rates do not improve during the holiday season or if Skyworks’ PA issue continues into calendar Q1,” he said.

On Monday, Japan-based Nikkei reported that Apple has told contract manufacturers Foxconn and Pegatron to suspend plans for additional production lines dedicated to the iPhone XR.