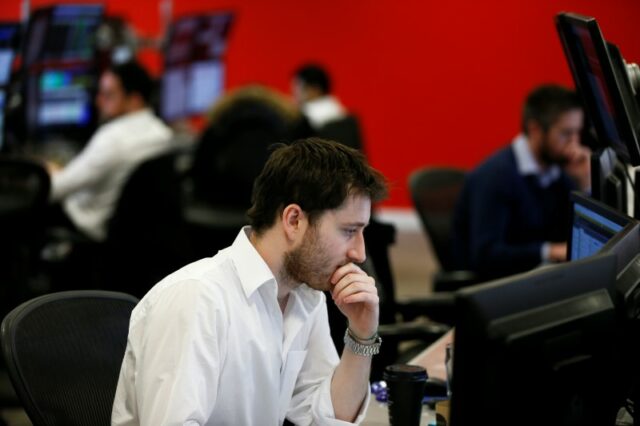 Despite their advances, all three major U.S. stock indexes ended the session below last Friday’s close, ending a five-week streak of weekly gains.

The University of Michigan’s preliminary consumer sentiment data for November unexpectedly dropped to a 10-year low, and a Labor Department report showed job openings barely budged from record highs even as workers are quitting in record numbers.

The souring mood of the consumer could be worrisome to retailers as the holiday shopping season draws near, and is likely to draw intensified scrutiny to upcoming retail earnings reports.

“Investors will be focused on guidance from retailers to determine if inflation will crimp profit margins or if costs can be passed through,” Carter added.

Retail results will herald the last days of what was a largely upbeat third-quarter earnings season. As of Friday, 459 of the companies in the have reported. Of those, 80% delivered consensus-beating earnings, according to Refinitiv.

Tesla (NASDAQ:) Inc dropped 2.8% on news that Chief Executive Elon Musk has sold an additional $700 million in stock in the next chapter of a saga that began with Musk’s infamous Twitter (NYSE:) poll on whether he should offload shares in the company he founded.

Advancing issues outnumbered decliners on the NYSE by a 1.29-to-1 ratio; on Nasdaq, a 1.19-to-1 ratio favored advancers.

Volume on U.S. exchanges was 10.32 billion shares, compared with the 10.94 billion average over the last 20 trading days.

OMG price crashes by one third after BOBA airdrop snapshot