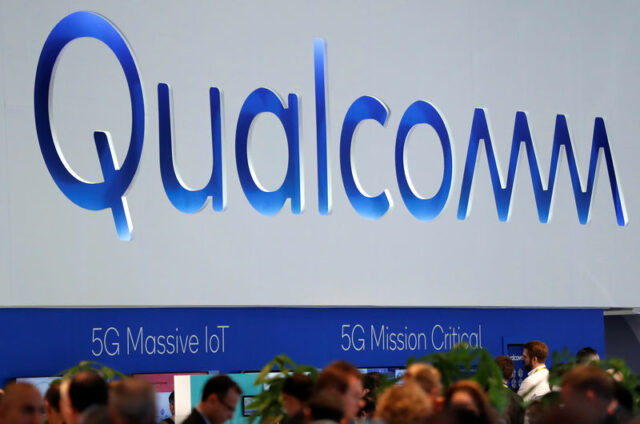 WASHINGTON (Reuters) -The U.S. Supreme Court on Monday declined to hear Apple Inc (NASDAQ:)’s bid to revive an effort to cancel two Qualcomm (NASDAQ:) Inc smartphone patents despite the global settlement of the underlying dispute between the two tech giants.

The justices turned away Apple’s appeal of a lower court’s ruling that the Cupertino, California-based company lacked standing to pursue the matter because of the settlement. Apple had argued that it should be allowed to appeal because San Diego-based Qualcomm could sue again after the settlement ends.

Qualcomm sued Apple in San Diego federal court in 2017, arguing that its iPhones, iPads and Apple Watches infringed a variety of Qualcomm mobile-technology patents. That case was one element of a broader dispute between the rivals.

Apple challenged the validity of the two patents at issue at the Patent and Trademark Office’s Patent Trial and Appeal Board.

The parties settled their litigation in 2019, signing an agreement worth billions of dollars that allowed Apple to continue using Qualcomm chips in iPhones. The settlement also featured a license to tens of thousands of Qualcomm patents, including the two at issue, but allowed the patent board case to continue.

The board ruled in favor of Qualcomm. The U.S. Court of Appeals for the Federal Circuit, which specializes in patent law, dismissed Apple’s appeal last year based on the settlement. The Federal Circuit rejected Apple’s contention that its royalty payments and risk of being sued again justified hearing the case on the merits.

Apple told the Supreme Court that it still faced the risk of litigation after the agreement expires in 2025, or in 2027 if the settlement term is extended. Qualcomm already sued once, has “not disclaimed its intention to do so again,” and has a “history of aggressively enforcing its patents,” Apple said.

Qualcomm asked the justices to reject the appeal, arguing Apple had not shown any concrete injury that would give it proper legal standing.

President Joe Biden’s administration urged the Supreme Court to reject the appeal in a brief in May.

Decentralized and traditional finance tried to destroy each other but failed

China faces consequences if it helps Russia evade sanctions over Ukraine – Sullivan By...