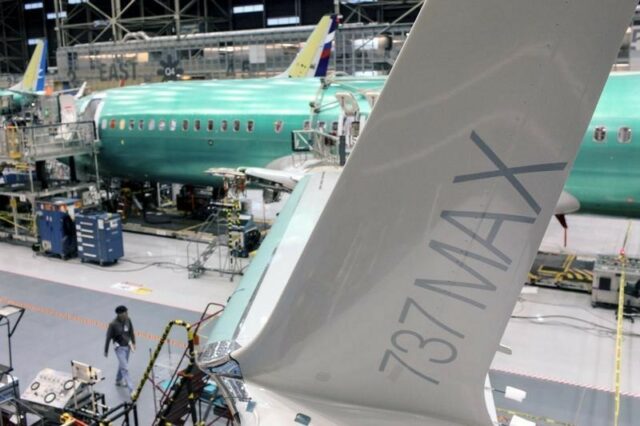 WASHINGTON (Reuters) – A senior U.S. House Democrat who oversaw a massive investigation into the Boeing (NYSE:) 737 MAX said on Friday the indictment of a former chief technical pilot should not be the end of the accountability in the two fatal crashes that killed 346 people.

“Senior leaders throughout Boeing are responsible for the culture of concealment that ultimately led to the 737 MAX crashes and the death of 346 innocent people,” said Representative Peter DeFazio, who chairs the Transportation and Infrastructure Committee.

Mark Forkner, 49, was set to be arraigned after being indicted by a grand jury in Texas on six counts of scheming to defraud Boeing’s U.S.-based airline customers to obtain tens of millions of dollars for the plane maker.

“Mark Forkner’s indictment should not be the end of the accountability for this colossal and tragic failure,” DeFazio said.

DeFazio’s September 2020 report said the MAX crashes “were the horrific culmination of a series of faulty technical assumptions by Boeing’s engineers, a lack of transparency on the part of Boeing’s management, and grossly insufficient oversight by the FAA.”

The 737 MAX was grounded in March 2019 after the crash of Ethiopian Airlines Flight 302 which killed all 157 aboard.

Robert Clifford, a lawyer representing families of relatives killed in the Ethiopian crash, said the Forkner indictment “is a corporate whitewash… This inexcusable type of corporate greed goes far beyond (Forkner) at the company that haphazardly made these aircraft in an effort to increase profits.”

In January, Boeing agreed to pay more than $2.5 billion in fines and compensation after reaching a deferred prosecution agreement with the U.S. Justice Department over the MAX crashes, which cost Boeing more than $20 billion.