Home Investor Tesla Falls as Musk Says Hertz Deal Is Not Final Yet By... 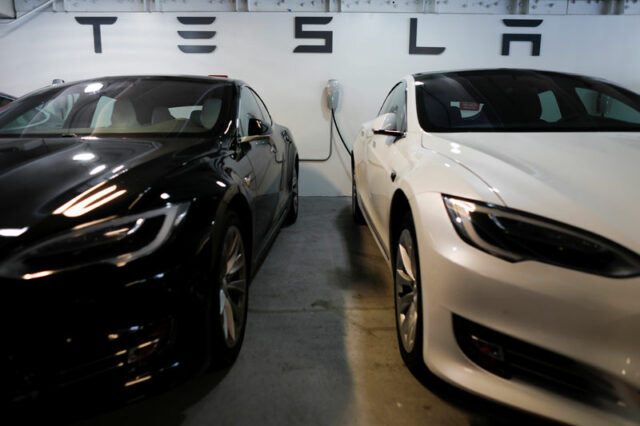 An October 25 press release by Hertz said it had placed with Tesla an order for delivery of 100,000 Model 3 cars by end of 2022. The news was taken as a sign of electric vehicles advancing further into the mainstream auto market and triggered a breathtaking rally in the stock, already one of the most expensive in the S&P 500 by any valuation metric. Around half of the order appears earmarked for a partnership with Uber (NYSE:) that Hertz flagged in a separate press release two days later.

The stock has risen by almost a third since, taking just six trading sessions to add nearly $300 billion in market value.

Given that Tesla’s Model 3 sedan starts at about $44,000, estimates pegged the size of the order at closer to $4.4 billion, which at Tesla’s current operating margins would equate to well under $1 billion of profit.

Musk’s tweet came in response to a Twitter (NYSE:) follower thanking the CEO for the recent surge in the stock price. The stock rose 8.5% Monday and touched a lifetime high of $1,209.75 during the session.

“Tesla has far more demand than production, therefore we will only sell cars to Hertz for the same margin as to consumers. Hertz deal has zero effect on our economics,” Musk said in the tweet.