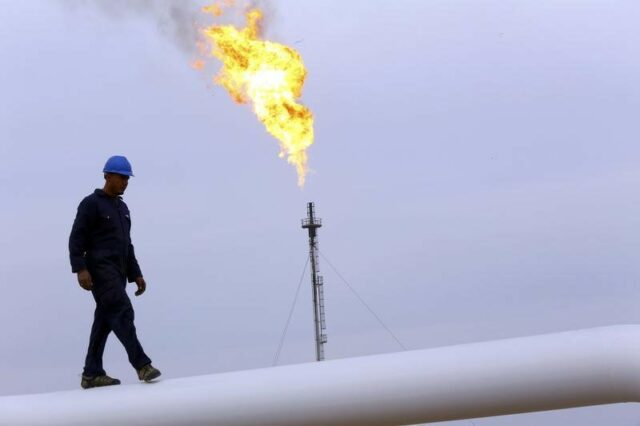 Investing.com – Crude prices notched a fifth straight weekly win, but a knee-jerk tumble to mounting U.S. gasoline inventories and Wall Street’s worst days since the coronavirus pandemic were signs that a market closer to $90 a barrel may ultimately create more headwinds for oil longs.

Crude is already running into resistance on its way to $90 and losing momentum, noted Craig Elam, analyst at online trading platform OANDA.  “It’s a big psychological barrier as once that goes, people are just counting down the days until we have triple-figure oil,” he said, referring to forecasts for $100 a barrel. “It’s a big deal.”

U.S. gasoline stocks rose almost 6 million barrels last week and ballooned by a record 24 million barrels over a three-week period amid seasonally-weak demand that contrasts with the rally in global oil prices, data from the Energy Information Administration showed Thursday.

The data suggests that as demand for gasoline, America’s preeminent fuel product, has cratered since the end of holiday travels for the 2021 year-end.

U.S. refiners also appear to be turning a surfeit of crude into gasoline while the Omicron variant of the coronavirus was reducing some of the regular driving, work-commuting and other activities that required fuels.

U.S. crude oil itself saw a stockpile rise for the first time in eight weeks, rising 515,000 barrels last week, after a 4.55 million decline the previous week. Crude stockpiles are down by just around 6 million barrels over the past three weeks, explaining only partly for the current balance of gasoline in the market.

U.S. inventories of oil distillates, which are refined into diesel for trucks, buses, trains and ships as well as fuel for jets, meanwhile fell by 1.431 million barrels last week after an increase of 2.54 million the previous week.

Wall Street saw its worst hammering since the Covid outbreak of March 2020 as investors tried to bring down across the board valuations of stock prices bloated during the two-year pandemic. The selloff was also triggered by fears of the first impending pandemic-era rate hike by the Federal Reserve, battling to fight inflation that is running at 40-year highs.

Laundering via digital pictures? A new twist in the regulatory discussion around NFTs