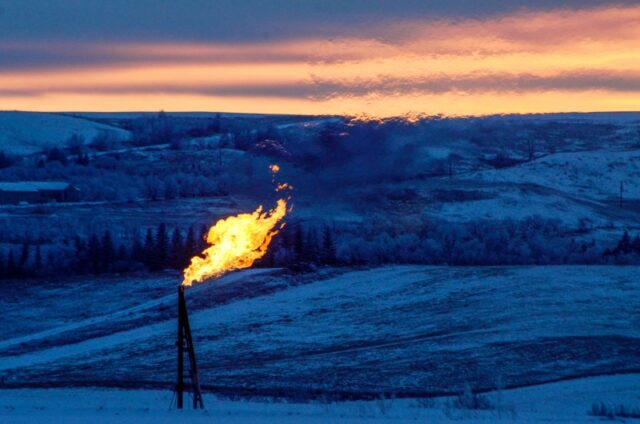 The uptick was also supported by expectations that soaring prices as winter approaches will drive a switch to oil to meet heating demand.

The American Petroleum Institute (API) said on Wednesday stockpiles rose by 5.2 million barrels for the week ended Oct. 8, but gasoline inventories fell by 4.6 million barrels and distillate stocks declined by 2.7 million barrels, according to market sources who saw the API data.

“With OPEC+ sticking to an existing pact for a gradual increase in oil output and some OPEC countries missing to reach their quota, supply will remain tight and oil prices will stay on a bullish trend at least until next OPEC+ meeting,” Saito said.

The Organization of the Petroleum Exporting Countries, Russia and their allies, known as OPEC+, earlier this month “reconfirmed the production adjustment plan”, referring to a previously agreed deal under which 400,000 barrels per day (bpd) would be added in November.

Oil prices were also supported by concerns about supply tightness after the U.S. Energy Information Administration (EIA) said on Wednesday that crude oil output in the United States, the world’s biggest producer, is going to decline in 2021 more than previously forecast, though it will bounce back in 2022.

The OPEC trimmed its world oil demand growth forecast for 2021 in its latest monthly report on Wednesday, while maintaining its 2022 view.

How Entrepreneurs Plan on Advertising This Holiday Season: A New Survey

Jerome Powell And The Interest Rate Forecast: Yes, They Are Going Up