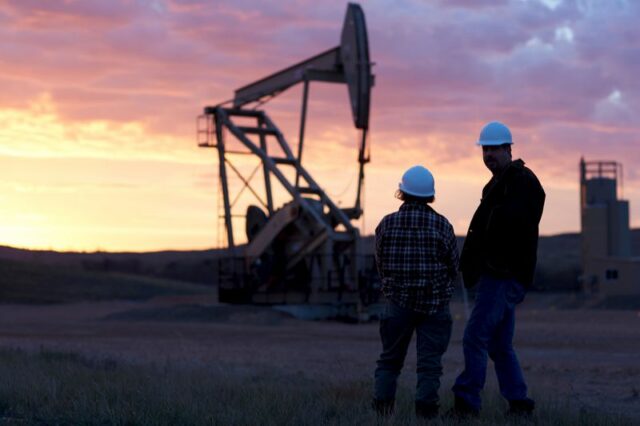 NEW YORK (Reuters) -Oil prices eased on Wednesday on worries that crude demand growth would slow, which ate into recent gains that had brought prices to multi-year highs in recent sessions.

Analysts noted that some traders likely took profits in after West Texas Intermediate (WTI) futures hit their highest since October 2014 during the past three sessions.

Data from the American Petroleum Institute, an industry group, is due at 4:30 p.m. EDT (2030 GMT) on Wednesday and from the U.S. Energy Information Administration on Thursday. The data was delayed by a day following the Columbus Day holiday on Monday.

Shortages of coal and in China, Europe and India have boosted prices for the fuels burned for electricity generation. Oil products are being used as a substitute.

The European Commission outlined measures the European Union could use to combat surging energy prices, and said it would explore joint gas purchasing among countries.

The Organization of the Petroleum Exporting Countries (OPEC) trimmed its world oil demand growth forecast for 2021 while maintaining its 2022 view.

“Today’s monthly OPEC report appeared to offer something for both the bulls and the bears with the agency unexpectedly reducing their global oil demand forecast…for this year while adjusting their non-OPEC supply growth estimate downward,” said Jim Ritterbusch, president of Ritterbusch and Associates in Galena, Illinois.

Global markets should not expect more oil from Iran in the near future. The United States said it was ready to consider “all options” if Iran is unwilling to return to the 2015 nuclear deal.

In Russia, President Vladimir Putin said oil prices could reach $100 a barrel and noted Moscow was ready to provide more natural gas to Europe if requested.

Energy markets are focused on how the supply crunch will affect oil demand, especially in the world’s second biggest economy China.

“These are troubling times for China. A severe energy crisis is gripping the country,” said Stephen Brennock of broker PVM.

In India, which is suffering its worst power shortages since 2016 due to a crippling lack of coal, saw fuel consumption crawl higher in September as economic activity ramped up. India is the world’s third-biggest oil importer.

In the United States, the government projected consumers will spend more to heat their homes this winter than last year due mostly to surging energy prices.

The White House has been speaking with U.S. oil and gas producers about helping to bring down rising fuel costs.

U.S. gasoline and diesel futures closed at their highest since October 2014 on Wednesday.