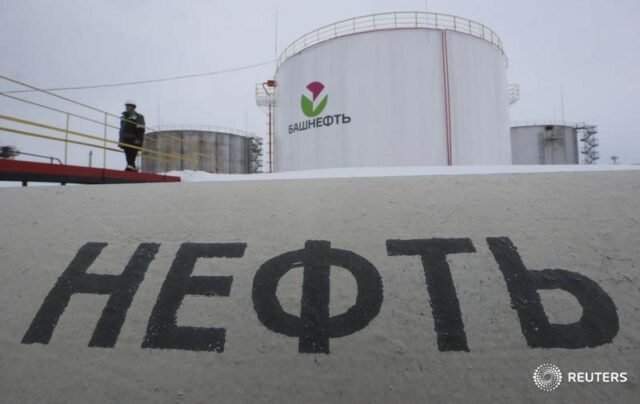 By Kylie MacLellan and Maxim Rodionov

LONDON/MOSCOW (Reuters) – Europe needs to diversify its energy supplies, the head of NATO said on Sunday, as Britain warned it was “highly likely” that Russia, the continent’s biggest supplier, was looking to invade Ukraine.

U.S. officials have said Russia’s military buildup has expanded to include supplies to treat casualties of any conflict. Across the border in Ukraine, locals trained as army reservists as the government scrambled to prepare.

Moscow denies any plan to invade but said on Sunday it would ask NATO to clarify whether it intends to implement key security commitments, after earlier saying the alliance’s response to its demands did not go far enough.

“If they do not intend to do so, then they should explain why,” Russian Foreign Minister Sergei Lavrov said on state television. “This will be a key question in determining our future proposals.”

In a sign of the tensions, Canada said on Sunday it was temporarily withdrawing non-essential personnel from its embassy in Ukraine but added that the embassy would remain open.

The United States, which has threatened Russia with major new sanctions if it invades Ukraine, has said it is waiting to hear back from Moscow. It says NATO will not withdraw from eastern Europe or bar Ukraine from joining, but it is prepared to discuss topics such as arms control and confidence-building measures.

U.S. senators are very close to agreeing on sanctions legislation, the two leading lawmakers working on the bill said on Sunday. Measures include targeting the most significant Russian banks and Russian sovereign debt as well as offering more lethal assistance to Ukraine.

Some of the sanctions in the bill could take effect before any invasion because of what Russia has already done, said U.S. Senators Bob Menendez, the Democratic chairman of the Senate Foreign Relations Committee. He pointed to cyberattacks on Ukraine, false flag operations and efforts to undermine the Ukrainian government from within.

Washington has spent weeks trying to build agreement with European partners on a strong sanctions package, but the issue is divisive, with Germany urging “prudence”.

The European Union depends on Russia for around a third of its gas supplies and any interruption would exacerbate an existing energy crisis caused by a shortage.

“We are concerned about the energy situation in Europe because it demonstrates the vulnerability of being too dependent on one supplier of natural gas and that’s the reason why NATO allies agree that we need to work and focus on diversification of supplies,” NATO Secretary-General Jens Stoltenberg said.

Ukrainian President Volodymyr Zelenskiy told international reporters on Friday that there had been no further escalation of tensions with Russia. “We don’t need panic,” he said.

On Sunday, a White House official said the Biden administration understood the difficult situation Zelenskiy was in and the pressure he was under.

“At the same time he’s downplaying the risk of invasion, he’s asking for hundreds of millions of dollars in weapons to defend against one,” the White House official said. “We think it’s important to be open and candid about that threat.”

Britain said on Sunday it would expand the scope of its own possible sanctions in legislation this week to deter Russian President Vladimir Putin.

“We think it’s highly likely that he is looking to invade Ukraine. That is why we’re doing all we can through deterrence and diplomacy, to urge him to desist,” Foreign Secretary Liz Truss told BBC television.

Truss, who is due to visit both Ukraine and Russia in the next two weeks, told Sky News the legislation would enable Britain to hit a much wider variety of targets.

Asked if the new powers could include the ability to seize property in London, Truss said: “Nothing is off the table.”

The Center for American Progress, a U.S. think tank, has said Britain would face a challenge uprooting wealthy Russians with Kremlin links from London given close ties “between Russian money and the United Kingdom’s ruling Conservative Party, the press, and its real estate and financial industry”.

Asked about this, Truss said: “There’s a real threat here to freedom and democracy in Europe. And that is more important than short-term economic gains, both for the United Kingdom but also for our European allies.”