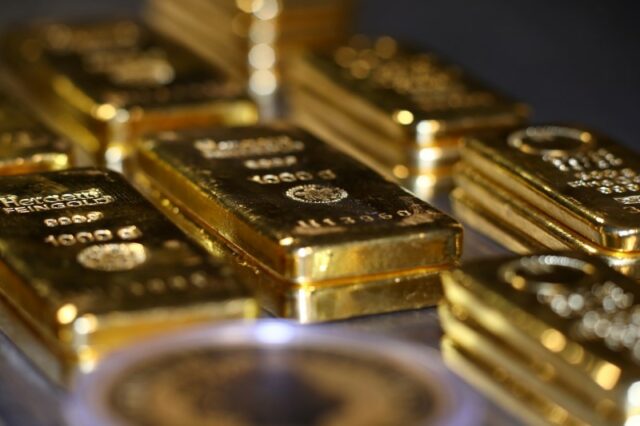 Investing.com – Gold was up on Tuesday morning in Asia, even as the dollar slowly resumed an upward trend and U.S. Treasury yields resumed their climb.

The , which had been on a downward trend lately, found a floor as investors reduced bets on whether U.S. interest rate hikes will drive further gains for the greenback. Benchmark also climbed.

“Now that we have the much-needed clear-out on gold markets, longer-term holders could start to position for the eventual southbound turn on the U.S. hard economic data,” SPI Asset Management managing partner Stephen Innes told Reuters.

Asian shares were mostly up on Tuesday, and the released the minutes from its latest policy meeting earlier in the day. G-7 finance ministers and central bankers are due to meet a day later.

“With China on the verge of reopening and likely adding more stimulus, it benefits all hard commodities. And palladium is ultimately used in industrial applications, particularly within the auto sector; that segment could benefit from ports reopening in China,” said Innes.

Improving demand and lower supply will also help palladium and rhodium swing back into deficit in 2022 and reduce platinum’s surplus, consultants Metals Focus said on Monday.

UiPath (PATH) Stock Sinks As Market Gains: What You Should Know

EXPLAINER: Why are foreign tech firms pulling out of China?