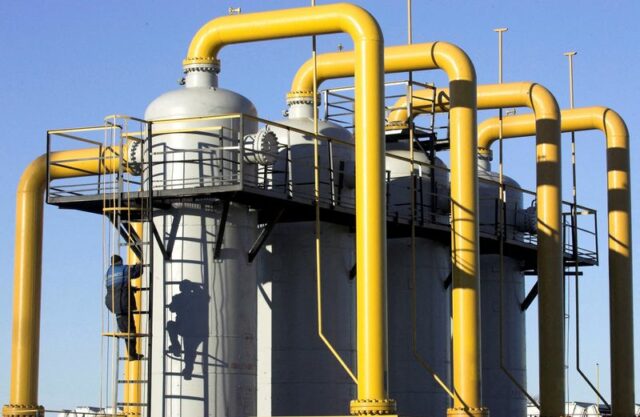 Europe’s largest economy will trigger the second phase of a three-phase plan to guarantee security of supply, making it easier for utilities to restart coal-fired power stations in order to ensure constant electricity supply. However, Vice-Chancellor and Economy Minister Robert Habeck said that the government won’t immediately activate a clause in the plan that would allow gas suppliers to immediately pass on the sharp increase in their import costs.

“Gas supply is currently guaranteed. But the situation is tight,” the Economy Ministry said in a statement on Thursday.

Germany’s decision comes a week after Russia to its largest customer by 60%, blaming the absence of compression equipment that has gotten stuck in Canada due to Ottawa’s sanctions. However, Russia’s gas export monopoly Gazprom (MCX:) has chosen not to supply gas volumes via an alternative route through Ukraine. It has also cut supplies to Italy, which doesn’t use Nord Stream. Habeck rejected Gazprom’s explanations and said the move was “politically motivated”.

Supplies from Russia are set to drop temporarily to zero on July 11 when the Nord Stream pipeline, which brings Russian gas directly to Germany under the Baltic Sea, will be taken offline for scheduled maintenance. Such maintenance periods generally last for 10 days. However, even if they return to their current level, the Economy Ministry said measures are needed immediately to reduce gas consumption. Already at the weekend, it announced plans for an auction system for large users to incentivize them to cut demand.

The second stage of the plan also allows the government greater leeway to support gas suppliers who are losing money because they have to compensate for the lack of Russian gas on the spot market, where prices have skyrocketed this year. The government has already taken over control of Gazprom’s trading unit in Germany, which is the key counterpart for many German gas suppliers, and lent it €15 billion ($16 billion) to ensure it can buy alternative sources of gas.

Its most important near-term task will be to ensure that enough gas flows into Germany to allow it to cover current demand and fill the country’s storage facilities in preparation for winter. Germany’s gas storage is currently 58% full, slightly more than at the same stage last year, and roughly in line with long-term averages. Moreover, current demand is also at its seasonal low.

“If Russian gas supplies through the Nord Stream 1 pipe stay at the low level of 40%, it will hardly be possible to guarantee a storage level of 90% by December without additional measures,” the Ministry said in a statement.

The front-month contract, which acts as a benchmark for northwest Europe, hit a fresh three-month high on the news, rising as much as 5.5% before paring its gains slightly to trade at 132.35 by 05:00 AM ET (0900 GMT)

ANALYSIS-SPACs splash the cash to salvage deals as market unravels