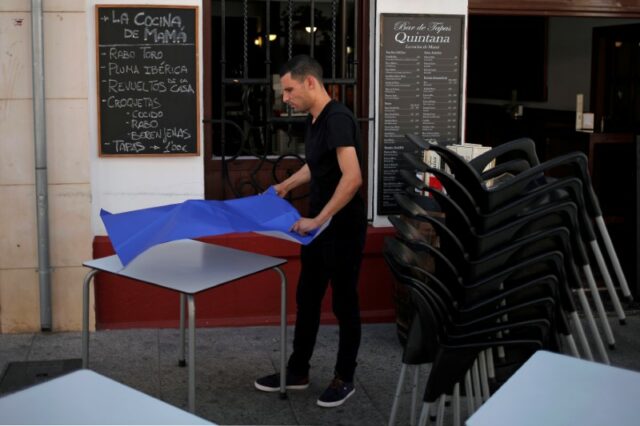 Investing.com — Business activity in the eurozone slid to its lowest level in 16 months in June, as soaring inflation and rising interest rates took a bite out of demand and soured the economic outlook, according to a preliminary survey on Thursday.

Data firm S&P Global said its flash June – which combines data from the currency bloc’s service and manufacturing sectors – slumped to 51.9 points, down from 54.8 in May, and below analyst estimates.

However, a reading above 50 still indicates expansion.

Eurozone manufacturing businesses were among the worst performers during the month, with the sector’s dropping to 52.0 points – a 22-month low. Output also fell for the first time in two years.

Growth in services also slowed sharply, as the pace of new inflows stagnated. S&P Global noted that a spike in prices led to a downturn in tourism, while a recent push by central banks to increase borrowing costs to rein in inflation weighed on banking and real estate activity. The flash June eurozone dropped to 52.8 points, its weakest level since January.

In Germany, monthly flash PMIs for the country’s sector – which accounts for about a fifth of its economy – slumped to its lowest reading in 23 months. These firms saw exports fall and domestic demand come under pressure from the global economic uncertainty caused by high inflation, S&P Global said.

Meanwhile, the flash PMI for France’s keyshrank to a five-month low in June.

Across the eurozone, the outlook was gloomy. Business expectations slid to their lowest level since the pandemic-impacted days of October 2020, according to S&P Global. The group said firms are worried about a slew of potential headwinds – including higher living costs, concerns over food and energy supply constraints, tighter financial conditions, lockdowns in China, and a general slowdown in the broader economy.

“Eurozone economic growth is showing signs of faltering as the tailwind of pent-up demand from the pandemic is already fading, having been offset by the cost of living shock and slumping business and consumer confidence,” said Chris Williamson, Chief Business Economist at S&P Global Market Intelligence.

“At the same time, business confidence has fallen sharply to a level rarely seen prior to the pandemic since the region’s economic contraction during the 2012 (sic), hinting at an imminent downturn unless demand revives.”

The Biggest Revolution Since the Computer Is Here — Synthetic Biology 🧫