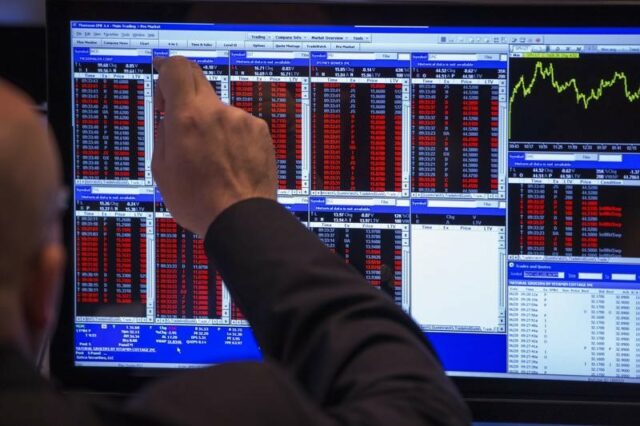 By Jorgelina do Rosario and Rodrigo Campos

LONDON/NEW YORK (Reuters) – Holders of Russia’s external debt, which Washington says is already in default, face unusual circumstances: Moscow has the funds and says it wants to pay but is unable to do so because of sanctions imposed after it invaded Ukraine.

The context adds to the complexity: the bonds were issued with unusual terms, the issuer is waging a war that shows little sign of abating, and it has been cut off from the global financial system.

Below are possible scenarios for investors holding some of the nearly $40 billion outstanding in Russian sovereign foreign currency bonds.

Creditors can demand full payment, known as acceleration, if a debtor breaks the bond contract. But there are rules for how this can be triggered.

A group representing at least 25% of outstanding bonds is necessary to declare an event of default and accelerate the payments, according to the terms of Russia’s 2026 and 2036 bonds. Such a declaration allows bondholders to demand the payment of all outstanding debt, no matter the maturity.

This scenario could be reversed by a vote from “at least 50% in aggregate principal amount of the outstanding bonds,” as that is the necessary percentage to waive an event of default.

“The Russian Federation shall give notice thereof to the Bondholders (with a copy to the Fiscal Agent), whereupon the relevant declaration shall be withdrawn and shall have no further effect,” according to the terms.

It is unclear what percentage of the two bonds in question – but also of Russia’s bonds more widely – are held by overseas investors and how much by domestic ones.

Suing Russia over a sovereign default does not look straightforward. Bond terms are unusual and at times vague, especially for those issued after Russia got hit over its 2014 annexation of Crimea and the 2018 poisoning of a spy in Britain.

For example, bonds are governed by English law but many do not specify the jurisdiction where disputes should be settled.

This could allow Russia to “go to a court in Moscow while creditors will seek to sue in London or New York,” according to Mitu Gulati, a law professor at the University of Virginia and expert on debt restructurings.

“It is possible that some bondholders will delay filing claims against the Russian government as the bond documents set a three-year period from the payment date at the end of which such claims become void,” she said.

Dennis Hranitzky, head of sovereign litigation at law firm Quinn Emanuel, said while there were indications some holders want to be “first to the court house,” he expected most bondholders to “be deliberative.”

Hranitzky, who has been advising creditors in many sovereign debt restructurings including Argentina, said any lawsuit was likely to drag on.

“It will all play out in slow motion – nothing is really going to happen until the end of hostilities.”

Investors from jurisdictions with bilateral investment treaties with Russia could try arbitration against Moscow to seek monetary damages and other relief.

Russia has dozens of such treaties, including with most of the European Union, the United Kingdom and Canada. There have been 27 such investment disputes involving Russia since 1996: 10 are pending, one was discontinued, one settled, 11 were decided against Russia and four in its favor, according to data from the United Nations Conference on Trade and Development.

One of the options for overseas creditors is to just wait – for now at least.

Many funds have already divested from Russia due to a combination of sanctions and pressure from clients following the Feb. 24 invasion. Even those which still hold securities had to write them down. Either way, the damage is arguably already done.

A number of fund managers might decide to simply hold onto their bonds, for now.

“They are zero weight in the benchmark, they are priced at very low prices and obviously the sanctions on secondary market trading of Russian bonds will push them even lower,” said Carl Ross, partner and sovereign credit analyst at GMO, which holds Russian debt.

“As long as Putin is in power, there is likely no expectation of recovery – but at some point, the claim survives.”