Home Business How This Entrepreneur Went From 200 Investor Rejections To A $300 Million... 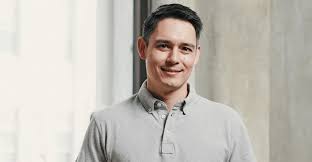 Josh Hix is one of those founders who just seems to have been born with the entrepreneurial spirit. He’s been featured on Shark Tank, raised almost $100 million for his subscription startup, and sold to a larger corporation for a reported $300 million.

So, what’s the secret to the sauce of launching, funding and exiting a startup like this?

I recently had the great pleasure of interviewing Josh Hix on the DealMakers podcast. As with many entrepreneurs, angels and VCs we’ve featured on the show, he was willing to spill the beans on the real stress and quirks behind the scenes of these overnight success stories, as well as the real value he found in attending Harvard, Techstars, being on the Shark Tank TV Show, and in the lessons of choosing investors (listen to the full episode here).

Serving Up a New Startup

Josh’s mom was an engineer. Along with this environment, she provided a healthy dose of encouragement to build things in those early days of the internet.

He began paying his way through college by doing general software consulting, IT consulting, just building anything that anybody wanted that they would pay for.

While he admits it isn’t for everyone, Hix says Harvard Business School was a great way to meet a lot of different people. An intellectually diverse world, with the kind of magic that puts all the pieces of a business together.

This is where he met his co-founder Nick Taranto. They had complementary skill sets, not the same skill sets. They had both been competitive athletes at one point, and wanted to work on health and wellness.

If you’re looking for fresh ways to motivate your employees this upcoming year, try...