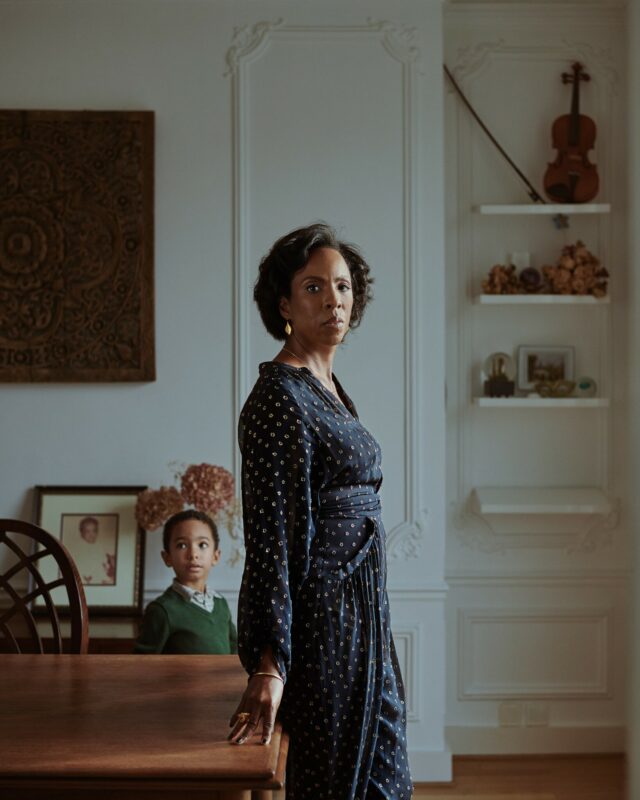 Six years ago, the American couple Yetunde and Michael Beutler arrived in Provence, France, to enjoy an idyllic two-week vacation in the Mediterranean countryside. They had left behind the hot and empty city of Paris, where they live and work, to take a much-needed break. “We had great food,” says Yetunde of their meanderings through the region, made famous by the colorful paintings of Vincent van Gogh and Paul Cézanne. “And it was beautiful. The sky and the land. You could smell everything, hear the crickets.” One afternoon, the couple picked lavender from one of the area’s many violet-drenched fields, learning how to distill the fragrant plant into essential oil. The experience led them to wonder: What would it take to build a beauty brand that was completely seed to skin — one that was as sustainable, transparent and organic as possible?

As of this month, Essènci is finally here. The name (taken from the word “essence” in the Provençal dialect) is a nod to the South of France and an acknowledgment of, as Yetunde puts it, “how, with everything we do, we’re trying to find the essence of things — of plants, life and beauty.” Two inaugural products mark Essènci’s debut. The first is a flaxen-colored aromatic serum called L’Immortela Elixir, designed to renew the skin and evoke balance and calm. The second — which will be available at the start of next year — is La Framboisa, a decadent face cream made with raspberry seed oil that comes in three degrees of richness. Both are entirely nontoxic, natural and 100 percent certified organic, with no synthetic chemicals added along the way. Key ingredients are sourced in France, including the immortelle flower harvested from a small farm in Corsica. (Sometimes called “the everlasting plant,” immortelle is found in dry and rocky areas around the Mediterranean and believed to be a powerful antioxidant.) Every step is considered. After being blended in an eco-certified lab in Vendôme, for example, the serum is poured into delicate porcelain vesselscrafted in the city of Limoges by Maison Bernardaud, the renowned family-owned French porcelain business that was established in 1863.

Few luxury brands can claim to be as thoughtful or ecologically aware as Essènci. Small details matter, such as the fact that the line doesn’t use any glue in its packaging or that its porcelain vessels — whose decorative floral mezzotints are created by the Brittany-based Japanese artist Mikio Watanabe — can either be refilled or creatively reused. It also helps that Yetunde, who is the company’s C.E.O., has an M.B.A. in sustainable management and has worked with companies like the French beauty brand L’Occitane. And that Michael serves as the director of sustainability operations at Kering, the Paris-based international luxury group that owns major fashion houses such as Gucci and Balenciaga. “Sometimes,” he explains, “it can be easier to build from the ground up than to turn the ship around.”

But it was Yetunde’s childhood in Berkeley, Calif., that lent her an even more important perspective. Her mother, Eleanor Mason Ramsey, is the president and C.E.O. of an Oakland-based diversity consulting and public policy firm. Her father, Henry Ramsey Jr., was a civil rights attorney, judge, law professor and dean (he also happened to be an early mentor for Vice President-elect Kamala Harris; Yetunde wishes he’d lived to witness this year’s historic election). They both taught her to fight for equality and inclusion at the highest level and, as Yetunde adds, act “with a strong sense of fairness, justice and integrity in everything you do.”

In that spirit, Essènci rejects mainstream beauty ideals centered around whiteness — “As an African-American woman, finding products that hydrate has always been really difficult for me,” she explains — as well as certain marketing myths that reinforce impossible expectations about aging. Rather, its messaging seems more focused on helping people consider what is the safest, and healthiest, way to take care of their skin. And although Yetunde created Essènci with women in mind (the company, with the exception of Michael, is currently staffed by an all-women team), she always envisioned men using its products as well. I first tried the Elixir as a base underneath my foundation; it gave my skin a healthy, dewy sheen that lasted throughout the day. In the evening, I reapplied it to my bare face and found that its gentle, grassy scent helped me drift to sleep.

Lately, the Beutlers are attempting to maintain their own Zen, despite the challenges that come with launching a brand during a global pandemic. Yetunde still finds time for Italian lessons — as well as her outdoor boot camp and ballet classes. Both she and Michael are devoted parents to their four-year-old son, Gabriel, who bounded into the frame at the end of our Zoom call. Seeing them as a family (the couple also have a 20-year-old daughter, Anaïs, who is currently attending Utrecht University in the Netherlands), I was acutely aware of how, these days, we are all forced to confront the tenuous future of the planet — that we must think not just of ourselves but for those who will come after us. “Being a sustainable company on all levels, it’s not easy,” said Yetunde. “It goes beyond just skin care.”

Did Facebook choose profits over user safety? Whistleblower ready to make an argument