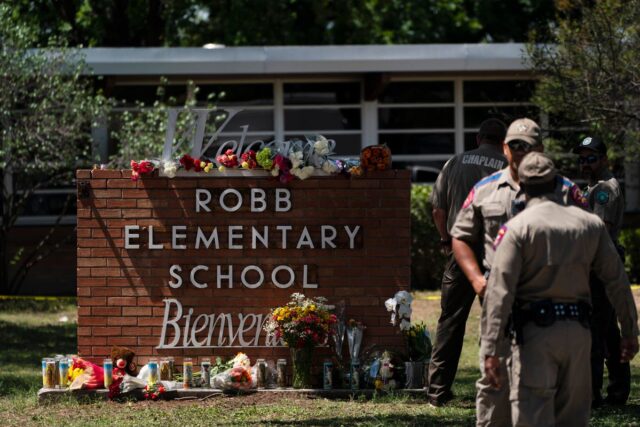 The Texas gunman who killed 19 students and two teachers posted on Facebook that he was “going to shoot an elementary school” 15 minutes before his deadly attack, governor Greg Abbott has revealed.

Mr Abbott told a Wednesday press conference that Ramos had posted on the social media platform three times in the 30 minutes directly before the attack.

Officials pointed out that Ramos did not specify which elementary school he intended to attack in the city of 16,000 people that sits 80 miles west of San Antonio.

“The messages Gov. Abbott described were private one-to-one text messages that were discovered after the terrible tragedy occurred. We are closely cooperating with law enforcement in their ongoing investigation,” he stated on Facebook.

The shooting is the deadliest since the attack at Sandy Hook Elementary School in Connecticut in 2012, where 20 children and six staff were killed.

It also took place less than two weeks after 10 people were shot and killed at a Buffalo supermarket in a racially-motivated attack.

“Evil swept across Uvalde yesterday. Anyone who shoots his grandmother in the face has to have evil in his heart,” said Mr Abbott.

“But it is far more evil for someone to gun down little kids. It is intolerable and it is unacceptable for us to have in the state anybody who would kill little kids in our schools.”

Police say that Ramos had bought two AR-15 style assault weapons for his 18th birthday from a local store. The ATF says Ramos legally bought two riles on 17 May and 20 May. One of the rifles was left in the suspect’s crashed truck, while the other, a Daniel Defense, was found with him in the school.

Ramos’ grandfather Rolando Reyes said the family did not know he had high-powered assault rifles at home.

“I didn’t know he had weapons,” Rolando Reyes told ABC News. “If I’d have known, I would have reported it.”

Authorities have identified two teachers: Eva Mireles, 44, and Irma Garcia, 46, among the dead.