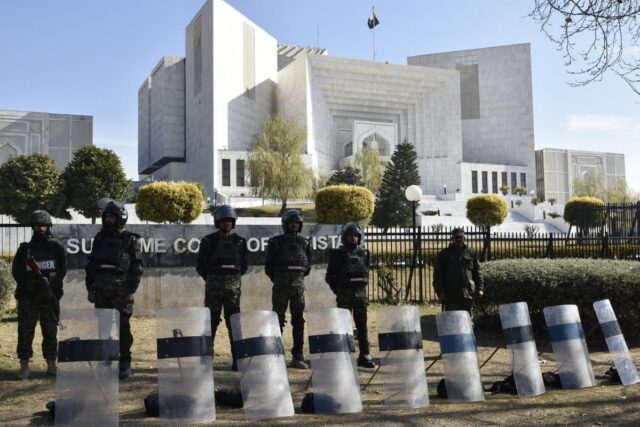 A 26-year-old Pakistani woman has been sentenced to death by a local court for sending allegedly blasphemous messages on WhatsApp and Facebook.

Aneeqa Ateeq was found guilty by a court in Rawalpindi on Wednesday after a complaint against her was registered under Pakistan’s draconian blasphemy laws.

Ms Ateeq met her accuser, Farooq Hassanat, online in 2019 through a gaming app. Over time, they began interacting on WhatsApp and Facebook. Mr Hassanat claimed that Ms Ateeq “deliberately and intentionally defiled sacred religious personalities and insulted the religious beliefs of Muslims”.

He claimed that he asked her to delete the “blasphemous” messages but she refused, following which their friendship soured, and he filed a complaint with the cyber crime wing of the Federal Investigation Agency in Pakistan. It arrested Ms Ateeq in May 2020.

Ms Ateeq has said that she is a practising Muslim and has denied all charges.

“I can’t comment on the judgement as the issue is very sensitive,” her lawyer Syeda Rashida Zainab told the Guardian.

In recent years, Pakistan – which has some of the world’s strictest blasphemy laws – has even asked social media platforms like Twitter and Facebook to help them identify citizens suspected of blasphemy. These charges can carry the death penalty.

About 80 people are currently in prison on charges of blasphemy, according to the US Commission on International Religious Freedom, with half of them sentenced to death. But so far there have been no executions related to blasphemy.

In several instances, mere accusations of blasphemy have led to mob violence and deadly attacks in the Islamic country.

In December, 48-year-old Sri Lankan Priyantha Diyawadanage, who was working as a manager in a factory in Sialkot city was lynched by a mob after he was accused of blasphemy for removing religious posters from the factory walls.

Pakistan prime minister Imran Khan called the incident a “day of shame” for the country. More than 100 people were arrested after protests erupted across the country against the killing.

Hundreds of U.S.-bound migrants in caravan stuck at Guatemala border By Reuters