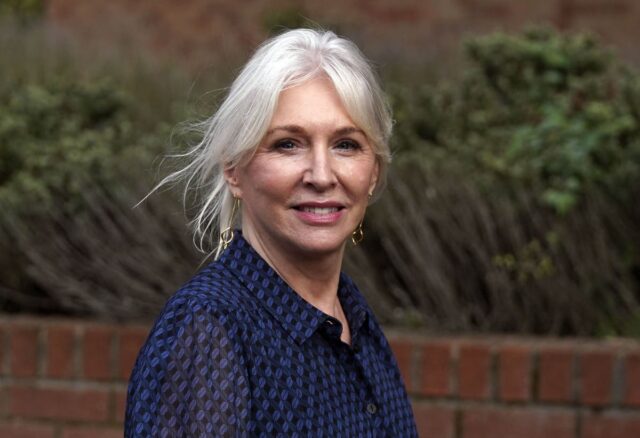 Lambasting the “unelected” leaders of US tech giants, Ms Dorries vowed that the online safety bill would help strip them of the power to decide who is “cancelled” and “silenced”.

“Unelected Silicon Valley execs have become some of the most powerful people in the world,” the cabinet minister wrote on ConservativeHome ahead of publication of a revised version of the bill on Thursday.

She added: “They decide who gets to speak online, and who is silenced or cancelled from public life. That prospect should concern anyone who truly cares about free speech.”

“We would never pursue legislation that threatens freedom of expression. Similarly, nor can we maintain the current status quo, where a handful of West Coast execs are the supreme arbiters of online speech.”

Ms Dorries said she did not agree with a “group of MPs and journalists” worried that the bill will give Facebook mogul Mark Zuckerberg and others greater power to censor online expression.

She claimed the bill’s attempt to bring in tougher regulation and crackdown on harmful content would not allow Silicon Valley bosses “to decide what is and isn’t acceptable to say online”.

Ms Dorries said the revised bill will have “considerably stronger protections for free speech” and journalism and content of “democratic importance” would be strongly protected.

“We would never pursue legislation that threatens freedom of expression … nor can we maintain the current status quo, where a handful of west coast execs are the supreme arbiters of online speech,” the culture secretary wrote.

It comes as Politico reported that Ms Dorries used a meeting with software giant Microsoft to asked when they were going to get rid of algorithms, citing an official given an account of the meeting.

Another official close to the culture secretary told the website the request may have been “lost in translation”.

She and others have expressed concern about the way algorithms are used by various tech platforms and can continue to feed dangerous biases.

The online safety bill has been strengthened with the addition of several new criminal offences to force social media firms to act on illegal content more quickly.

Cyberflashing will become a criminal offence, punishable by up to two years in jail, under new laws to be introduced in the online safety bill.

Three new criminal offences, recommended by the Law Commission, are also to be added to the Bill in an effort to make criminal law fit for the internet age, the government said.

The new offences cover communications that are sent to convey a threat of serious harm; those sent to cause harm without a reasonable excuse; and those sent which are known to be false with the intention to cause non-trivial emotional, psychological or physical harm.

The government has also said the bill would also enables the proposed regulator Ofcom to take faster enforcement action against firms that fail to remove harmful content.

METALS-Copper claws higher on hopes for a moderate Fed

As shipping costs project upward, some tips on lowering expenses