Home Facebook More than 60 per cent of Republicans plan to use Trump’s new... 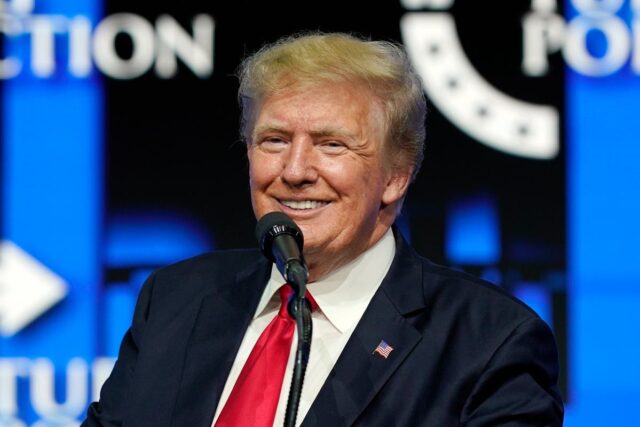 Mr Trump, who was kicked off most social media networks in the wake of the 6 January attack on the US Capitol, announced the platform last week as an alternative to Facebook, Twitter, TikTok and YouTube, which he said was about his plan to “stand up to the tyranny of Big Tech.” A new company called Trump Media and Technology Group (TMTG) owns the company.

The Morning Consult survey found that 63 per cent of Republicans plan to use the site at least some of the time, but only 15 per cent of all voters said they would use the platform “a lot.” The poll’s findings are further evidence of Mr Trump’s stranglehold on the Republican Party. As the de facto leader of the GOP, his supporters are eager to follow him wherever he goes.

Mr Trump’s latest venture into social media comes after he was banned from Twitter and his account on Facebook was suspended in response to a riot by his supporters at the US Capitol on 6 January that was an attempt to overturn the presidential election results.

TMTG said it plans to compete not only with social media sites but also streaming services like Netflix and Disney+, news networks like CNN and iHeart media, as well as eventually competing with Amazon and Google for cloud devices that would be “non-cancellable”. Mr Trump has long been obsessed with traditional media and weaponised journalism in his effort to dominate US politics.

One country is home to half of the 10 most expensive Michelin-starred restaurants in...