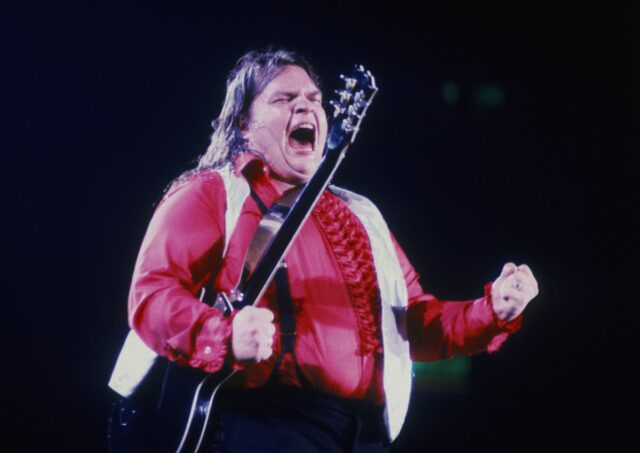 Meat Loaf, the legendary singer of hits such as “I’d Do Anything for Love” and “Two Out of Three Ain’t Bad”, has died aged 74.

The Grammy winner, born Marvin Lee Aday, died on Thursday night (20 January). The cause of his death has not been disclosed.

A post on his official Facebook page read: “Our hearts are broken to announce that the incomparable Meat Loaf passed away tonight with his wife Deborah by his side. Daughters Pearl and Amanda and close friends have been with him throughout the last 24 hours…

“We know how much he meant to so many of you and we truly appreciate all of the love and support as we move through this time of grief in losing such an inspiring artist and beautiful man.

“We thank you for your understanding of our need for privacy at this time. From his heart to your souls… don’t ever stop rocking!”

Follow the latest updates on The Independent’s live blog here.

The star – whose stage name Meat Loaf was inspired by a nickname coined by his football coach – was born in Dallas in 1947, the only child of Wilma Artie, a school teacher and member of the Vo-di-o-do Girls gospel quartet, and Orvis Wesley Aday, a former police officer who went into business selling a homemade cough remedy.

His career as a musician first began in the late Sixties when he formed his first band, Meat Loaf Soul. The group’s first show was supporting Van Morrison’s band Them.

Meat Loaf’s debut album, 1977’s Bat Out of Hell, written by Jim Steinman, is among the 35 best-selling albums in US history, having sold 14 million copies.

Its singles “Two of Three Ain’t Bad” and “Paradise by the Dashboard Light”, which peaked at No 11 and No 39 on the Billboard Hot 100, respectively, were both certified platinum in 2018.

In 1994, Meat Loaf won the Grammy Award for Best Rock Vocal Performance, Solo for “I’d Do Anything for Love”.

Meat Loaf, known for his forceful vocals and theatrical performances, released 12 albums in total, including 1981’s Dead Ringer, 2003’s Couldn’t Have Said it Better, and his latest record, 2016’s Braver Than We Are.

The singer starred in dozens of movies during his six-decade career, most famously appearing in the 1975 film version of The Rocky Horror Picture Show as Eddie, a motorcycle-riding, eccentric and hapless ex-delivery boy who belts out the hit “Hot Patootie”.

The film, which also starred Susan Sarandon and Tim Curry, has become a cult classic.

Tributes for Meat Loaf have been pouring in from the world of entertainment, with Stephen Fry tweeting a reference to one of his songs. “I hope paradise is as you remember it from the dashboard light, Meat Loaf,” he wrote.

“Had a fun time performing a sketch with him on Saturday Live way back in the last century. He had the quality of being simultaneously frightening and cuddly, which is rare and rather wonderful.”

Billionaire investor Bill Miller puts 50% of net worth in Bitcoin