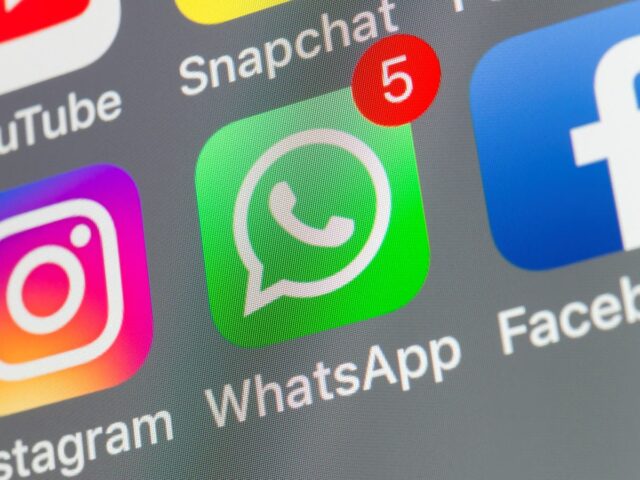 WhatsApp, Instagram and Facebook are now back online after being down for more than six hours in a major outage.

The three apps – which are all owned by Facebook, and run on shared infrastructure – stopped working shortly before 5pm UK time on Monday.

Other related products, such as Facebook Messenger and Workplace, also stopped working.

Facebook has now explained in a detailed blog post what caused the outage – and why it took so long to fix.

It comes as former Facebook product manager and data scientist Frances Haugen testifies before a Senate subcommittee about the company’s research into Instagram’s effect on the mental health of young users.

In June and April this year, the social media giant’s platforms unexpectedly went down due to a “network configuration issue”.

Read our live coverage of the outage below

“Well I was there for over 6 years, had numerous direct reports, and led many decision meetings with C-level execs, and I find the perspectives shared on the need for algorithmic regulation, research transparency, and independent oversight to be entirely valid for debate”, he tweeted.

“There are countless other integrity professionals with experience on the issues raised today– past & present, within FB & across industry– who similarly agree with the substantive points shared at the hearing and believe it merits public conversation.”

Chakrabarti also asked Facebook to “dispense with the ad hominem distraction and instead focus on real discussion of the issues at hand”, adding that the “public deserves better.”

“The buck stops with Mark. There is no one currently holding Mark accountable but himself”, Frances Hagen said.

Speaking before the Senate Subcommittee on Consumer Protection, Product Safety, and Data Security, Ms Haugen stated that the American public now knows “the truth about Facebook’s destructive impact” and added, “we still have time to act, but we must act now”.

“The argument that we deliberately push content that makes people angry for profit is deeply illogical. We make money from ads, and advertisers constantly tell us they don’t want their ads next to harmful or angry content,” Mr Zuckerberg wrote in a note to Facebook employees, which he then posted on his account. “Many of the claims don’t make any sense.”

The social media giant has almost three billion monthly users worldwide and was recently accused by a whistleblower of “putting profits over people” and causing division.

Telegram’s use goes up

Telegram founder and chief executive Pavel Durov announced the massive boost in what he called a “record increase in user registration and activity”.

Facebook explains outage – and why it took so long to fix

Facebook has now given its most detailed explanation yet of what caused Monday’s major outage, and why it took so long to get the company’s essential systems back online.

Robert Reich took to Twitter to urge US politicians to act over the social media giant following testimony from whistle blower Frances Haugen.

“Haugen’s courageous testimony and yesterday’s outage confirm what we already knew: Facebook has amassed far too much power over our communications, our democracy, and our day-to-day lives — and the consequences, as we’ve seen, are dire. Congress must act,” he wrote.

Monica Lewinsky told CNN that Facebook and other social media companies “need to do better” as they come under increased scrutiny about how they are used to spread misinformation and violence.

“I absolutely think that all of the social media companies, even though they are trying, they can definitely do better. And they need to do better,” Ms Lewinsky told CNN’s Jake Tapper.

Ms Lewinsky, who spent years out of the public eye following her affair with Bill Clinton, is now known as an activist against bullying and cyberbullying.

Telegram founder and chief executive Pavel Durov announced the massive boost in what he called a “record increase in user registration and activity”.

Facebook’s 3.5bn users were unable to access its products, including Instagram and Messenger, because of a faulty configuration change the company announced.

Telegram and other messaging apps were flooded with new users as people rushed to find a replacement for Facebook products during the outage.

“I am proud of how our team handled the unprecedented growth because Telegram continued to work flawlessly for the vast majority of our users,” said Mr Durov.

“That said, some users in the Americas may have experienced slower speed than usual as millions of users from these continents rushed to sign up for Telegram at the same time.”

“Today, a Senate Commerce subcommittee held a hearing with a former product manager at Facebook who worked for the company for less than two years, had no direct reports, never attended a decision-point meeting with C-level executives — and testified more than six times to not working on the subject matter in question,” said Lena Pietsch, Facebook’s director of policy communications.

“We don’t agree with her characterization of the many issues she testified about. Despite all this, we agree on one thing; it’s time to begin to create standard rules for the internet. It’s been 25 years since the rules for the internet have updated, and instead of expecting the industry to make societal decisions that belong to legislators, it is time for Congress to act.”

Facebook Vice President of engineering Santosh Janardhan explained in an updated blog post that the company’s engineers issued a command that unintentionally disconnected Facebook data centers from the rest of the world.

The outage took out the tools that its engineers would normally use to investigate and repair such outages, Facebook said.

The company sent a team of engineers to the location of its data centers to try to debug and restart the systems, but security systems meant it took them extra time to physically get inside the server buildings.

Myanmar bars Suu Kyi’s lawyer from talking about her cases

What Are Smart Contracts?

When will Snapchat be back up and working?