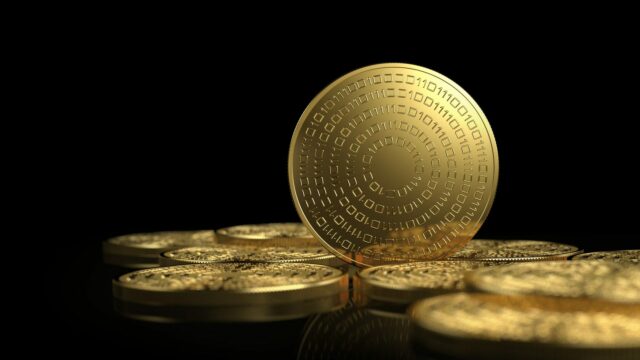 The stock market had another impressive year in 2021, with the S&P 500 up nearly 27%. But that was child’s play compared to the three- and four-digit gains that some of the biggest cryptocurrencies brought home to their investors last year.

If you had invested in binance coin at the start of 2021, you would have earned 1,300% for the year. Avalanche investors cleaned up with gains of more than 3,000%.

So, which cryptocurrencies will go on to be the digital rock stars of 2022? That is yet to be determined. If anything was learned from 2021, it’s that a lot can happen in a year. While no one can predict the future, the following coins have cultivated high expectations from investors and industry watchers alike.

Looking to get in on the ground floor of the next big cryptocurrency? These tokens are a good place to start.

Of all the tokens that are trending in early 2022, luckyblock has to be the hottest of them all. It just began trading in January, and it quickly became the fastest cryptocurrency to reach a $1 billion “crypto unicorn” valuation, according to a press release. Several publications have hyped BLOCK as the single best cryptocurrency to buy this year.

Unique among all other coins on the market, the LBLOCK token will be the currency of the LuckyBlock lottery, which is expected to launch in mid-May with a main prize draw pool valued at $2.37 million. Promising to be more transparent and easier to win than traditional lotteries, LuckyBlock will be a worldwide drawing that’s governed by its users through blockchain protocols.

Many industry watchers say it’s poised to change the nature of lotteries specifically and online gambling in general. Operating on the Binance Smart Chain, LBLOCK funds the purse in the lottery, but that’s not all. Its founders promise that token holders will find LBLOCK to be an excellent investment for the future.

That’s yet to be seen, but one thing is certain: There is no shortage of white-hot buzz surrounding LBLOCK.

India is the world’s largest cryptocurrency market, according to InvestorPlace, and gari is the native token behind Chingari, the Indian version of TikTok. Chingari will launch in Latin America and Africa later this year, and it plans to come to the U.S. and Europe in 2023.

The GARI token incentivizes Chingari content creators, who earn 30% of the revenue generated by original content they produce on the platform. Barring an Indian ban on cryptocurrency — unlikely considering the government will impose a 30% tax on cryptocurrency gains — GARI appears to have a lot of potential as an up-and-coming currency. In fact, Tech4Billion Media, Chingari’s operator, is looking to capitalize on the success of the token by raising $200 million in a Series B round of funding at a $1 billion valuation, Mint reported.

Buffer Finance exists at the intersection of GameFi and DeFi, serving as “a gamified options trading platform that empowers anyone around the world to buy and settle options on multiple assets directly against a liquidity pool,” according to buffer.finance. Commodities trading is also live on the platform, according to Investor Place.

The important takeaway is that just like LuckyBlock, Buffer Finance is changing a very lucrative game with a brand-new offering. In late 2021, Goldman Sachs endorsed cryptocurrency options as the next big thing in institutional investing. At the tail end of December, Buffer brought that premonition to life.

The token behind the Buffer Finance protocol is iBFR, which can be staked to give token holders a source of passive income or a say in governance through voting rights.

Like other entries on this list, CrypTalk is associated with a pioneering technology that is well positioned to disrupt an industry. CrypTalk is a secure app that strives to be the first social media platform for cryptocurrency communication that eliminates scams by fully vetting and auditing all projects. The CRYP token is the backbone of the entire platform, giving users the cheapest possible fees while also serving as an investment.

In total, 1 billion of the BEP20-type tokens will be produced and exchanged through the Binance Smart Chain. While infinitely promising and highly anticipated, the CrypTalk platform is barely off the ground, and a whole lot has to happen in 2022 for it to succeed. So, if you do invest in the CRYP token, you’d be wise to tread lightly.

Like every other token on this list, DePo stands out because it’s attached to an innovative technology or use case. DePo holds bragging rights to the title of the world’s first decentralized multi-market aggregator. Users can manage, store and trade all of their digital assets in one place with DePo, where the entire cryptocurrency market lives under one unified dashboard.

It’s not just tokens. The platform gives users access to countless DeFi products and non-fungible tokens as well. Best of all, DePo promises to maximize gains by getting investors the best deal possible from the global crypto market with each trade its users place.

At the heart of it all is the DEPO token, which can be staked for passive income — a tiered referral system and 50% revenue share are coming soon. There’s a fixed cap of 1 billion tokens, but DePo is aware that investors will naturally be skeptical of a coin so new and so unproven. To demonstrate the DePo team’s long-term view of their token, the company has locked 30% of the total supply in Unicrypt for 12 months.

Daria Uhlig contributed to the reporting for this article.

This article originally appeared on
GOBankingRates.com:
Up-and-Coming Cryptocurrencies for 2022