Home Cryptocurrency The US Treasury’s Stablecoin Report Would Treat Issuers Like Banks, but Doesn’t... 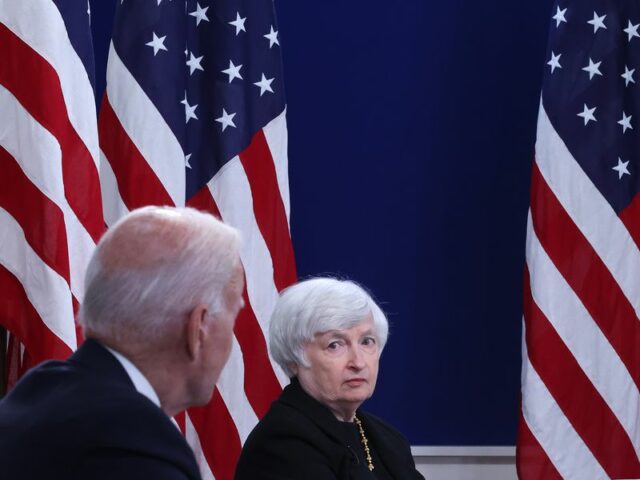 You’re reading State of Crypto, a CoinDesk newsletter looking at the intersection of cryptocurrency and government. Click here to sign up for future editions.

The Biden Administration published its long-anticipated stablecoin report yesterday, confirming that the President’s Working Group on Financial Markets is recommending that Congress enact a law to treat stablecoin issuers like they’re banks.

Whether and how stablecoins, which make up some $138 billion of the crypto market, might be federally regulated could have a major impact on the broader crypto market in the U.S. Further, the development of this regulatory framework could shape how startups launch stablecoins.

Oh hey this stablecoin report is finally out. It’s 26 pages long and you can read it at the link above. If you’d rather read a summary, I wrote it up for CoinDesk here. If you want the really brief version, the report essentially says:

Rather than give the Securities and Exchange Commission or Commodity Futures Trading Commission specific oversight over stablecoins, the regulators working on the report recommended that Congress take action. If Congress doesn’t take action, the report suggested that federal regulators might just do their own thing.

Still, there’s a few questions about the actual implementation of these recommendations. Chief among them is whether Congress will actually act. But the group’s warning that the Financial Stability Oversight Council (FSOC) or federal regulators might have to take action in the wake of Congressional inaction may be a nudge to Congress that lawmakers should do something sooner rather than later.

Treasury Under Secretary for Domestic Finance Nellie Liang told CoinDesk that “there have been discussions” with members of Congress about how to regulate digital assets.

“Both sides of Congress have been soliciting views about what’s the appropriate framework for regulating digital assets and stablecoins. And the administration is leading some work on digital assets and other crypto assets,” she said. “They’ve been open to discussions.”

Assuming Congress does pass such a bill, we’d have to see how exactly federal agencies would implement the new requirements. The Federal Deposit Insurance Corporation (FDIC) is evaluating how to provide deposit insurance for stablecoins but it does not appear that we’ll see anything in the immediate term. If the legislation doesn’t force the FDIC to finalize its stablecoin insurance plan, we might see a scenario where stablecoin issuers are bound to secure insurance cover that doesn’t exist.

While the report restricted itself to stablecoins and did not address decentralized finance (DeFi was mentioned, but regulations for DeFi weren’t discussed), other types of cryptocurrencies or businesses that aren’t stablecoin issuers or custodial wallet providers, any regulations would naturally still affect the broader crypto sector.

Regulating stablecoin issuers would restrict which stablecoins users can transact with, which could have a major impact on the broader trading atmosphere.

My inbox pretty much blew up with unsolicited responses to the report. Here’s what the regulators are officially saying.

“Treasury and the agencies involved in this report look forward to working with Members of Congress from both parties on this issue,” she said. “While Congress considers action, regulators will continue to operate within their mandates to address the risks of these assets.”

Hsu pointed to the recent growth of the stablecoin market in his statement.

“The interagency paper identifies the risk of stablecoin runs as the top concern. For the OCC, this hits close to home. The agency was created 158 years ago in response to the instability of the financial system, which was prone to frequent bank runs,” Hsu said.

“There are some interesting similarities between the bank notes of that time and the stablecoins of today. Just as the creation of the OCC helped address the risk of bank runs then, we stand ready to work with our interagency partners to ensure the safe and sound integration of stablecoins into the financial system and mitigate the risk of stablecoin runs today and into the future.”

Sen. Sherrod Brown (D-Ohio), who chairs the Senate Banking Committee, said the report pointed out the risks inherent in stablecoins.

“We must work to ensure that any new financial technologies are subject to all of the laws and regulations that protect investors, consumers, and markets, and that they compete on a level playing field with traditional financial institutions. I look forward to working with Secretary Yellen and financial regulators to foster responsible innovation in the financial system,” he said in a statement.

His Republican counterpart, Ranking Member Pat Toomey (R-Penn.), emphasized that Congress should be responsible for defining regulatory authority over stablecoins.

“While Congress works on thoughtful legislation, I hope the administration will resist the urge to stretch existing laws in an effort to expand its regulatory authority. Digital assets have the potential to be as revolutionary as the internet. It’s important lawmakers and regulators alike work to continue America’s longstanding tradition of fostering technological innovation—not stifling it,” he said.

Sen. Cynthia Lummis (R-Wyo.), also on the Banking Committee, expressed concerns about the depository institution requirement proposed in the report. Only allowing these types of institutions to issue stablecoins might benefit established firms like banks, she said.

“There are other, safer ways of achieving the same objectives. For example, we could require 100% of stablecoin reserves to be maintained off-balance sheet, or require stablecoin reserves to be maintained at a Federal Reserve Bank, which is, by definition, risk-free. We already have a case study in this – Wyoming’s special purpose depository institutions are already doing this,” she said.

Consumer Finance Protection Bureau Director Rohit Chopra weighed in, noting that while his agency wasn’t part of the group that issued the report, it will continue evaluating stablecoins as part of its push to examine tech company forays into finance.

Stablecoins used in payments may fall into the CFPB’s remit as well.

“Given the rapid growth in stablecoins, we will closely engage with other members of the Financial Stability Oversight Council to determine whether to initiate designation proceedings and ascertain whether certain nonbank stablecoin-related activities or entities are systemically important,” he said.

John Ryan, the president and CEO of the Conference of State Bank Supervisors, stressed the role of state regulators in overseeing crypto entities in a statement. The group was not involved in the development of the report.

“As we work with our federal counterparts on solutions, state regulators remain committed to ensuring sound financial regulation that protects consumers and supports an innovative and diverse financial services ecosystem,” the statement said.

Changing of the guard

Acting Commodity Futures Trading Commission (CFTC) Chair Rostin Behnam said his agency is ready to become the chief regulator for cryptocurrencies, should Congress choose to expand its authority, during his confirmation hearing before the Senate Agriculture Committee.

Just woke up to the fact that WeWork got SPACed and is worth nearly 25% of SHIB and raised my price targets on everything.

If you’ve got thoughts or questions on what I should discuss next week or any other feedback you’d like to share, feel free to email me at nik@coindesk.com or find me on Twitter @nikhileshde.

You can also join the group conversation on Telegram.