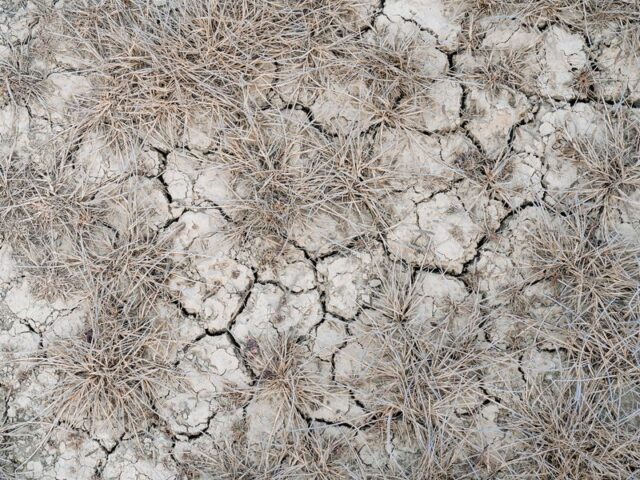 Over the weekend, algorithmic stablecoin TerraUSD (UST) broke its peg. It broke it again on Monday, and has yet to recover. Regulators may have to take a closer look at this particular model of stablecoin.

You’re reading State of Crypto, a CoinDesk newsletter looking at the intersection of cryptocurrency and government. Click here to sign up for future editions.

TerraUSD, a dollar-pegged stablecoin, lost its peg twice over the past few days and hasn’t regained it since its last decoupling.

The TerraUSD collapse may pose a number of risks, ranging from investor/retail to institutional. While this is a relatively small-cap cryptocurrency and its footprint is relatively contained, it still has some major implications for the sector, particularly if it spooks lawmakers or regulators already concerned about stablecoin collapse.

TerraUSD ($UST)’s price fell to 23 cents and has a 24-hour high of 92 cents. This would be a somewhat normal amount of crypto volatility, but the added twist here is TerraUSD is supposed to be a stablecoin, meaning its price should be 1:1 to the U.S. dollar.

If you’re deep into crypto and/or have followed this story closely, go ahead and jump down to the “Outside Impact” subheading.

For new readers of this newsletter, or for those who don’t normally follow stablecoins that in-depth, the idea is you have a cryptocurrency whose value is stable relative to another asset, such as the dollar, which you can then use as an intermediate unit of exchange or to buy goods and services using crypto without having to worry about market volatility.

There’s a few ways to achieve this type of price stability. Stablecoins like Tether ($USDT), USDC ($USDC) and the Binance Dollar ($BUSD) are backed by reserves. The issuers say that for every unit of their respective stablecoin in circulation, there is a matching U.S. dollar in a bank account somewhere.

Algorithmic stablecoins are different. Rather than being backed 1:1 by dollars, the idea is you have two tokens, the stablecoin itself and a sister token that is issued (created) or burned (destroyed) as needed to maintain the stablecoin’s price.

This sister token (confusingly called Terra with the ticker $LUNA; I’m just going to refer to it as luna for the purposes of this newsletter) can be invested in tools that make the Terra ecosystem more valuable. In theory, UST should always be redeemable for luna at the price of $1 per UST.

According to the Luna Foundation Guard, a Singapore-registered non-profit entity meant to support UST’s price stability, arbitraging trades is one way that luna can be used to maintain its peg.

“Unlike other stablecoins that are backed by fixed deposits of the pegged fiat currency or over-collateralized in another DeFi asset, the value of Terra’s family of stablecoins is maintained through a system of arbitrage incentives, open market operations, and dynamic protocol levers that maintain robust peg stability and scalability of its supply without the centralized control or capital-inefficient designs of incumbents,” the Luna Foundation Guard’s website says.

So yeah, the peg broke a little bit.

It’s worth noting that the 24-hour high – 85 cents – means UST hasn’t regained its peg in over a day (since Monday really).

A lot of people lost or are losing money on UST and/or luna. Institutions are likely in a similar boat, and there are  broader market implications as well.

LFG was rumored to be seeking up to $1.5 billion in funding to help prop up UST’s peg, even as the Guard loaned close to $1.4 billion in bitcoin (BTC) for the same purpose.

So I have to imagine regulators are paying close attention. Treasury Secretary Janet Yellen already brought UST up during a Senate Banking Committee hearing as a representative of the Financial Stability Oversight Council (FSOC).

“I would note that there was a report just this morning … that a stablecoin known as TerraUSD had experienced a run and had declined in value,” Yellen told Senator Pat Toomey (R-Pa.) on Tuesday. “I think that simply illustrates that this is a rapidly growing product and there are risks to financial stability and we need a framework.”

Toomey himself seems to disagree about the risk aspect: He told reporters on Wednesday that because UST is not backed by reserves in the same way fully backed stablecoins are, they don’t post the same kind of financial stability risk.

Still, it does seem that whatever is happening with luna and UST is having some influence on the broader crypto market.

The question is which regulator even has jurisdiction over this sector.

There’s an argument that the two tokens may have some securities law implications.

Back in 2018, a project called Basis raised over $130 million to create an algorithmic stablecoin with a two-token structure, similar to luna and UST.

The project refunded investors after the Securities and Exchange Commission warned that the company might violate  federal law if it did not limit itself to accredited investors.

As an aside, this project was resurrected in 2020 by some anonymous developers who felt that being anonymous would insulate them from regulators. One of these anonymous individuals was none other than Do Kwon, the face of the Terra ecosystem and the founder of Terraform Labs, which initially launched the coins.

What’s more, we know the SEC has Kwon on its radar – officials with the regulatory agency famously served him a subpoena during a conference in 2021 tied to Mirror Protocol, another project he’s part of.

Banking regulators or those tasked with overseeing the financial institutions that backed luna may also have questions, particularly if the companies under their purview are suddenly heavily down on their investments. Furthermore, there may not be any single federal regulator able to oversee some of the institutions that invested in luna, which could be good or bad depending on whether they’ve lost significant amounts of their investors’ money – some of the earlier investors may have made significant returns if they closed their positions out or sold any equity they may have gained through later funding rounds.

Congress will likely pay attention at some point as well.

Ron Hammond of the Blockchain Association said while stablecoins have been on Congress’s radar for a while now, all the bills addressing this sector of the crypto world have focused on asset-backed stablecoins.

Algorithmic stablecoins are now definitely things lawmakers are paying attention to, but how they might approach this is unclear.

Moreover, it’s going to take some time to figure out exactly what happened, what the risks are, and whether there are additional risks

This is the type of situation that might put pressure on Congress though just the fact that real people are getting hurt by this situation.

Changing of the guard Lisa Cook has officially been confirmed to be a member of the Federal Reserve’s Board of Governors.

Greatest Achievements In The Past 1000 Years:

2022: Ape holders can use multiple slurp juices on a single ape

If you’ve got thoughts or questions on what I should discuss next week or any other feedback you’d like to share, feel free to email me at nik@coindesk.com or find me on Twitter @nikhileshde.

You can also join the group conversation on Telegram.

Is This Apple Supplier A Better Pick Compared To Qorvo Stock?

Iran tenders for 60,000 T of both barley and soymeal -traders