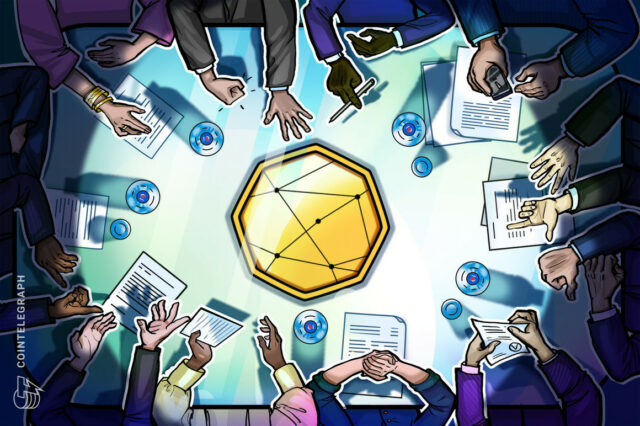 Central bank governors and finance ministers from the Group of Seven, or G7, are reportedly planning to discuss the regulation of cryptocurrencies.

According to a Tuesday report from Reuters, Bank of France Governor François Villeroy de Galhau said representatives from the United States, Canada, Japan, Germany, France, Italy, and the United Kingdom will likely speak on issues related to a regulatory framework for cryptocurrencies at a meeting in Germany’s cities of Bonn and Königswinter starting on Wednesday. Villeroy reportedly said that the recent crypto market volatility — likely referring to some stablecoins depegging from the U.S. dollar and prices of major tokens dropping — had been a “wake-up call” for global regulators.

“Europe paved the way with MiCA,” said Villeroy at an emerging markets conference in Paris, referring to the European parliament’s legislation aimed at forming a regulatory framework on crypto. “We will probably […] discuss these issues among many others at the G7 meeting in Germany this week.”

The Bank of France governor added in a speech to the Emerging Market Forum in Paris on Tuesday:

“Crypto assets could disrupt the International Financial System if they are not regulated, overseen and interoperable in a consistent and appropriate manner across jurisdictions.”

According to the G7 website, finance ministers and central bank governors will meet in Germany from May 18-20 to discuss policies related to member nations’ recovery and financial stability due to the COVID-19 pandemic, “shaping the upcoming transformation processes in the context of digitalisation and climate neutrality,” and business policy at the International Monetary Fund. The group issued guidelines around the possible rollout of central bank digital currencies in 2021, and reportedly warned that certain stablecoins could threaten the global financial system in 2019.

Villeroy has previously urged EU officials to develop a regulatory framework given crypto’s growing role in regional markets, saying they only had “one or two years” to act. Prior to his election victory in France, Emmanuel Macron said he supported the European parliament’s recent efforts to regulate crypto — including MiCA — adding that any rules should not hinder innovation.

‘Most bullish macro backdrop in 75 years’ — 5 things to watch in Bitcoin...