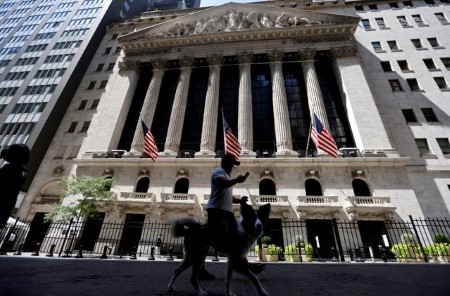 Other big lenders also rose and were among the biggest positive for the S&P 500. The index’s bank index .SPXBK ended sharply higher.

Results from the big financial institutions this week have provided a strong start to third-quarter U.S. earnings, though investors will still watch in coming weeks for signs of impacts from supply chain disruptions and higher costs, especially for energy.

Forecasts now call for S&P 500 earnings to show a 32% rise in the third quarter from a year ago. The latest forecast, based on results from 41 of the S&P 500 companies and estimates for the rest, is up from 29.4% at the start of October, according to IBES data from Refinitiv.

“We’re starting to get into an earnings-driven rally here that I hope lasts. We’ll really see the results in the next couple of weeks as a great bulk of companies in all sectors report,” said Peter Tuz, president of Chase Investment Counsel in Charlottesville, Virginia.

The U.S. Commerce Department reported a surprise rise in retail sales in September, although investors still worried that supply constraints could disrupt the holiday shopping season. A preliminary reading for consumer sentiment in October came in slightly below expectations.

Some airline and other travel-related company shares edged higher, with the White House announcing it will lift travel restrictions for fully-vaccinated foreign nationals effective Nov. 8.

Moderna Inc MRNA.O shares were lower. A Wall Street Journal report, citing people familiar with the matter, said the U.S. Food and Drug Administration is delaying its decision on authorizing Moderna’s COVID-19 vaccine for adolescents to check if the shot could increase the risk of heart inflammation.

On Thursday, an FDA panel voted to recommend booster shots of its COVID-19 vaccine for Americans aged 65 and older and high-risk people.

Shares of cryptocurrency and blockchain-related firms including Riot Blockchain RIOT.O gained as bitcoin BTC=BTSP hit $60,000 for the first time since April.

4 Tips for Reaching New Customers with Your Instagram Shop [Infographic]