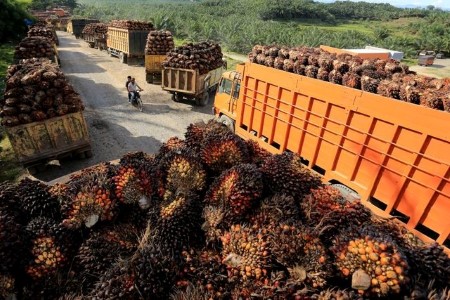 KUALA LUMPUR, May 26 (Reuters) – Malaysian palm oil futures fell for a second straight day on Thursday, dragged by prospects of a resumption in sunflower oil shipments out of Ukraine, a development that could ease tightness in global edible oil supplies.

The benchmark palm oil contract FCPOc3 for August delivery on the Bursa Malaysia Derivatives Exchange slid 53 ringgit, or 0.83%, to 6,330 ringgit a tonne by the midday break.

The contract is tracking weaker soyoil, pressured by forecast of good planting weather, as well as concerns about demand from China, a Kuala Lumpur-based trader said.

Plunging demand for soyoil in China is expected to cut consumption of the oilseed in the world’s biggest user as lockdowns to prevent the spread of COVID have shuttered restaurants and canteens, according to traders and analysts.

ICE Canada canola futures fell on Wednesday after Russia reportedly said it is ready to provide a humanitarian corridor for vessels carrying food to leave Ukraine, a major sunflower oil producer, in return for the lifting of some sanctions.

Soyoil prices on the Chicago Board of Trade BOcv1 were down 0.5%. Dalian’s most-active soyoil contract DBYcv1 fell 1.6%, while its palm oil contract DCPcv1 eased 0.2%.

Palm oil is affected by price movements in related oils as they compete for a share in the global vegetable oils market.

Twitter Opens Up Super Follows to All Users on iOS

Cramer’s week ahead: Watch for consumer trends to gauge the state of inflation

ELA, API3 and PROM buck the market-wide downtrend by posting a 20%+ gain