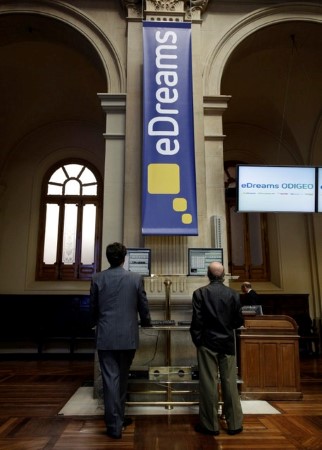 Bookings in the first 17 days of May were 58% above the same period in 2019, Chief Financial Officer David Elizaga told Reuters after eDreams released its annual results.

eDreams remained in the red for the year ended March 2022 but said its bookings for the year more than tripled from a year earlier to 12.5 million and were 10% higher than in the 12 months to March 2019, before the COVID-19 pandemic ravaged the travel industry from early 2020.

The company, which charges airlines a fee proportional to the travel price, reported an annual loss of 66 million euros ($70.46 million) as flight prices were much lower than before the pandemic, with more short-haul flights and fewer passengers. However, its annual loss narrowed from 124 million euros in the previous year and its revenue margin, its top line indicator, tripled to 383 million euros.

eDreams’ shares were up 10% in mid-morning trading after jumping 13% earlier, although they have shed 32% this year.

Travel patterns should return to normal once the remaining COVID-19 restrictions are lifted, eDreams said.

“The French and Germans will eventually want to go back to Orlando to amusement parks or to a beach in Thailand,” Elizaga said.

The strong recovery in bookings was helped by eDreams’ subscription model, through which people pay around 55 euros a year for access to better prices, he said.

While subscriptions are common in other industries, such as music, television and telecoms, eDreams is a pioneer in developing it for the travel industry.

By 2025, eDreams targets cash earnings before interest, taxes, depreciation and amortisation above 180 million euros, up from 44 million euros now.