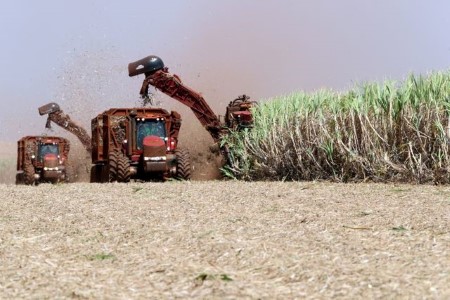 Arabica coffee hit a two-week low while cocoa was also down.

* Dealers said sugar prices, which were rising earlier in the session, dropped amid news that Brazil’s Sao Paulo state, the country’s largest fuel market, cut state taxes on gasoline but kept them unchanged for hydrous ethanol.

* As both gasoline and hydrous ethanol compete for drivers’ preference at pumps, the reduction in the so-called ICMS tax on gasoline will likely cut ethanol’s appeal to car owners, ultimately leading mills to make less ethanol and more sugar.

* Prices eased even as ICE certified arabica stocks fell again on Monday to 951,000 bags, their lowest since early 2000.

* Citi said that despite the bullish impact of falling certified stocks to coffee prices in the short term, the fundamentals – namely, a looming surplus that it pencils at 3.2 million bags for 2022/23 – could lower prices to around $2.0/lb by the year end.

* “World cocoa grindings are at risk of slowing (or contracting) due to the Russia-Ukraine conflict hindering regional demand as well as headwinds to global GDP. This drives our bias for a deflationary price regime in the next 9-12 months,” said Citi.

* It added, however, that cocoa is unlikely to fall to the $2,000-$2,200 range as significant supply growth in the 2022/23 season is not a sure thing, especially with fertilizer supply chain issues.