Home Commodities Qatar releases video, hits back at Airbus in A350 paint row 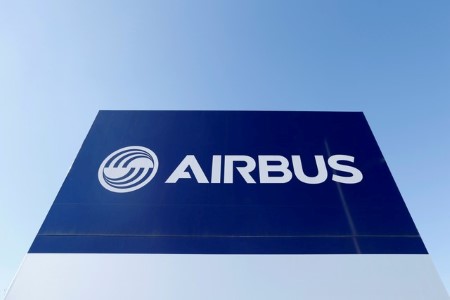 PARIS, Jan 21 (Reuters) – Qatar Airways hit back on Friday at a decision by Airbus AIR.PA to widen a dispute over damaged passenger jets by cancelling a separate $4.6 billion order for A321neos.

The Gulf airline also released a video appearing to show patches of damage to paint and a layer of lightning protecton on two A350s grounded by its regulator, in the first official images to emerge in a dispute with the European planemaker.

The two companies have been locked in a row for months over A350 damage that has led to the grounding of 21 planes by Qatar months ahead of the World Cup to be held in the Gulf state.

A clip issued by Qatar Airways showed peeling or missing paint and damage to underlying anti-lightning protection, as well as what the airline described as patches of structural carbon-fibre exposed to moisture and ultra-violet light.

The images echoed damage to A350 airliners portrayed in pictures exclusively published by Reuters last November.

Rouble hovers near 100 vs dollar in Moscow, hits record low outside Russia By...