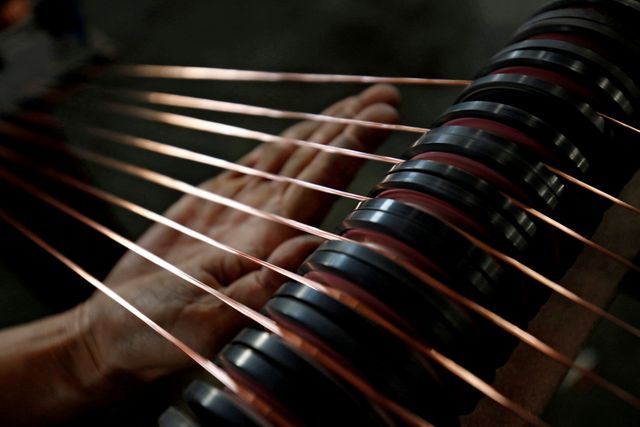 The Shanghai Futures Exchange is closed for a public holiday.

“The Fed is about to embark on an aggressive rate hike tangent at a time when both China and EU economies are set to struggle, which is not great for copper prices especially with China expected to be in a protracted lockdown,” said Stephen Innes, managing partner at SPI Asset Management.

The U.S. central bank’s Federal Open Market Committee will begin its meeting on interest rates later in the day and is widely expected to hike borrowing costs by half-a-percentage point when it announces its decision on Wednesday.

Beijing is banking on mass testing to locate and isolate infections and avert a Shanghai-like lockdown. The Chinese capital of 22 million people tightened COVID curbs over the five-day Labour Day holiday that runs through Wednesday.

COPPER: Peruvian indigenous communities occupying a key copper mine will agree to talks with officials and company representatives only if the government lifts its emergency order for the region, leaders of the groups told Reuters on Monday.

(Reporting by Brijesh Patel in Bengaluru; Editing by Subhranshu Sahu and Uttaresh.V)

Graco Inc. (GGG) Gains But Lags Market: What You Should Know

Cummins (CMI) Gains As Market Dips: What You Should Know