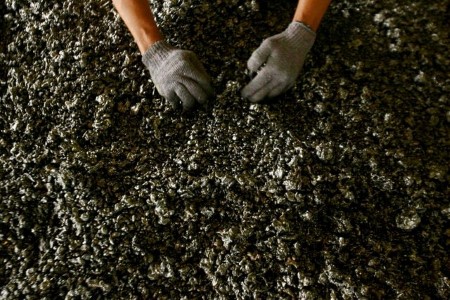 March 4 (Reuters) – London aluminium prices were poised on Friday for their biggest weekly gain as fears of supply disruption deepened amid further sanctions on Russia, which ramped up its attack on Ukraine.

Russia produces about 6% of the world’s aluminium, 7% of global nickel and accounts for about 3.5% of copper supplies.

It is also a major producer of natural gas used to generate electricity that powers production of aluminium.

The West has responded to Russian President Vladimir Putin’s invasion with military support and by tightening the economic screws on the Kremlin and Russians. The United States and Britain announced sanctions on more Russian oligarchs on Thursday.

Earlier this week, sanctions prompted the world’s three biggest container lines to temporarily suspend cargo shipments to and from Russia.

* The premium for cash nickel over the three-month contract MNI0-3 rose to $685 a tonne, highest since 2007, indicating tightness in nearby supplies.

* Keeping traders on toes were reports that the largest nuclear power plant in Europe is on fire following a Russian attack.

* Flush with cash after bumper earnings, mining companies straddle a delicate balancing act as they benefit from soaring commodity prices amid the Ukraine-Russia crisis but also potentially face inflationary risks that could hit short-term demand and slow down growth plans, analysts said.

* For the top stories in metals and other news, click

* Asian equity markets and the euro suffered heavy losses while oil prices jumped as investors took fright from reports of a nuclear power plant on fire amid fierce fighting between Ukraine and Russian troops. MKTS/GLOB

(Reporting by Eileen Soreng in Bengaluru; Editing by Sherry Jacob-Phillips)

Decentralization revolutionizes the creator’s economy, but what will it bring?