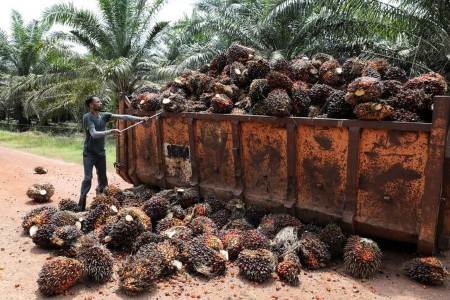 Stockpiles fell 3.85% from the previous month to 1.55 million tonnes, the lowest since July, according to the data from the Malaysian Palm Oil Board (MPOB). MYPOMS-TPO

The sharp decline was due to a large upward revision to December’s end-month stocks by 31,554 tonnes, making the base higher, said Sathia Varqa, co-founder of Singapore-based Palm Oil Analytics.

“Exports and production saw a large fall as expected, reflecting continuing challenges with production,” he added.

The world’s second-largest producer has grappled with persistent labour shortages and recent flooding which hammered production for a third consecutive month. Output shrank 13.54% to 1.25 million tonnes, the lowest since February last year. MYPOMP-CPOTT

The lower exports were partly due to soaring palm oil prices FCPOc3, raising the premium over rival soft oil and hurting demand in price sensitive markets like India.

However, traders expect exports to perform better in February due to Indonesia’ exports restrictions and amid increased demand ahead of theIslamic holy month of Ramadan.

Indonesia had expanded its export permit requirement for palm oil products where exporters must sell 20% of their planned exports at home and with a price cap to include other derivatives.

Given the complexity in the Indonesian Domestic Market Obligation (DMO) and exports restrictions, the market share of Malaysia’s palm shipments should increase earlier than the second half of February, said Marcello Cultrera, institutional sales manager at Phillip Futures in Kuala Lumpur.

Following is a breakdown of the Malaysian Palm Oil Board figures and Reuters estimates for January (volumes in tonnes) PALM/POLL:

*indicates revised figures by the Malaysian Palm Oil Board

There’s a growing interest in direct indexing as the investing trend...