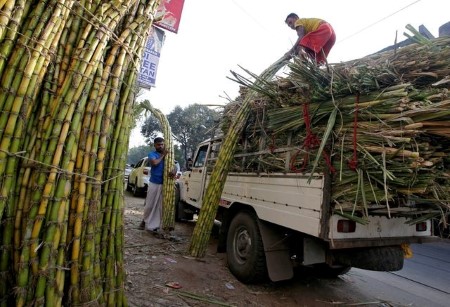 MUMBAI, May 26 (Reuters) – India sugar prices are likely to remain firm despite New Delhi’s move to cap exports as stockpiles are set to fall to the lowest level in five years amid record shipments and robust local demand, industry officials told Reuters.

India on Tuesday imposed restrictions on sugar exports for the first time in six years by capping this season’s shipments at a record 10 million tonnes, up from last year’s 7.2 million tonnes.

Sugar prices are unlikely to drop because of the curbs as stockpile has depleted due to robust domestic demand and record exports, said Ashok Jain, president of the Bombay Sugar Merchants Association.

The government estimates opening sugar stocks at the beginning of the new marketing year on Oct. 1 could fall to 6.2 million tonnes, which would be the lowest in five years.

Sugar prices in Mumbai SUG-MMZR-NCX eased only 0.3% since the government announced the curbs.

“Mills are not under supply pressure. This year consumption has gone up due to robust demand from ice-cream and cold drink makers,” Jain said.

Consumption of cold drinks and ice cream, and as a result demand for sugar, rises in India during the summer months that run roughly from March to June.

This year, ice cream sales surged because of the heatwave, according to the Indian Ice Cream Manufacturers Association.

India’s sugar consumption in 2021/22 marketing year ending on Sept. 30 could jump 5% from to a record 27.8 million tonnes, government estimates.

During festivals in December quarter, sugar prices could move higher if the country receives lower-than-normal monsoon rains, said a trader based at Kolhapur in the western state of Maharashtra.