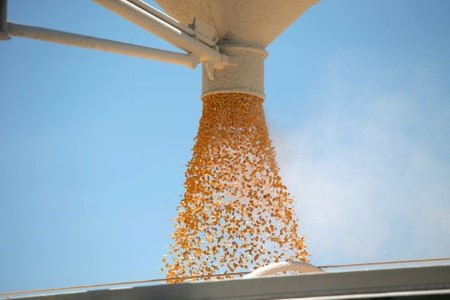 MUMBAI, May 25 (Reuters) – U.S. corn futures extended losses in early trade on Wednesday, hovering near a six-week low, as planting picked up pace in the United States and top buyer China allowed corn imports from Brazil.

* Soybeans edged higher on lower planting and strong export demand, while wheat edged lower as analyst APK-Inform raised its forecasts for Ukraine’s 2022/23 grain crop and exports because of a better-than-expected winter harvest.

* The United States Department of Agriculture (USDA) said on Monday that 72% of the U.S. corn crop had been seeded as of May 22, near the high end of expectations and up from 49% in the prior week.

* Soybean planting was 50% complete by Sunday, the USDA said, up from 30% a week earlier. The figure was ahead of the average analyst estimate of 49%, but behind the five-year average of 55%.

* The USDA said spring wheat seeding was 49% complete as on Sunday, below the lowest in a range of trade estimates and well behind the five-year average of 83%.

* Oil prices rose in early trade on Wednesday, boosted by tight supplies and the prospect of rising demand from the upcoming start of the U.S. summer driving season.

* India has allowed duty-free imports of 2 million tonnes each of crude soyoil and crude sunflower oil for the current and the next fiscal year to March 2024.

Stellar partners tap USDC for remittances between Europe and Africa