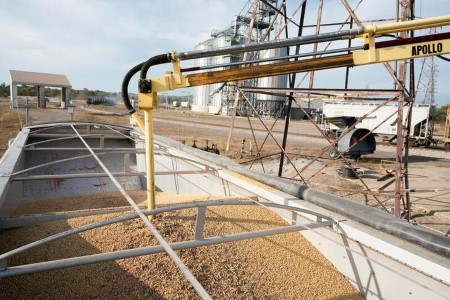 Most-active March soybean futures have climbed nearly 11% so far in 2022, as traders price in how smaller crops from South America will lead to greater demand for U.S. supplies over the rest of 2022.

* Speculators ramped up bullish views in Chicago corn and soybeans last week with futures notching or nearing new highs, but despite the unusually strong optimism, investors are much less invested than a year ago.

* India is likely to set aside about 3 trillion rupees ($40 billion) on food and fertiliser subsidies in its budget next week for 2022/23, officials said, roughly the same amount the government budgeted for this fiscal year ending in March.

* Argentina may have left the worst of its summer drought behind, but the risk of dry weather to the country’s crops remains real, the Rosario grains exchange said in its latest weather analysis.

* The standoff over Ukraine remains a global market concern, with the head of NATO warning that it was “highly likely” that Russia was looking to invade Ukraine, impacting gas supplies.

* Any interruptions to grain flows from the Black Sea region could leave importers scrambling for alternatives such as European Union and U.S. wheat, and fuel food inflation.

* Data out on Sunday showed China’s factory activity slowed in January as a resurgence of COVID-19 cases and tough lockdowns hit production and demand.

* Asian share markets made a cautious start to a week that is likely to see a rise in UK interest rates and mixed reports on U.S. jobs and manufacturing, while surging oil prices added to worries over inflation. MKTS/GLOB

SEC commissioner Elad Roisman will leave by end of January

MetaMask rolls out Apple Pay integration and other iOS updates