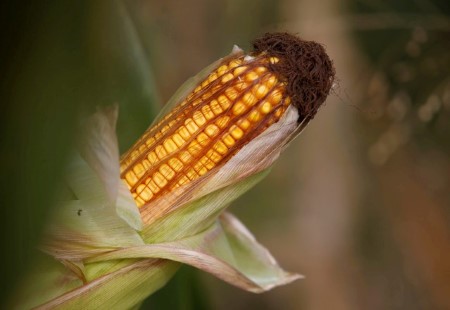 * The U.S. Department of Agriculture (USDA) on Tuesday estimated both corn and soybean crops, currently being harvested, above expectations.

* However, the availability of supplies from the ongoing U.S. harvest is expected to trigger some renewed Chinese demand going forward, traders have said.

* U.S. soybean crushings likely fell to a three-month low in September, according to analysts polled ahead of a monthly National Oilseed Processors Association (NOPA) report due on Friday.

* NOPA members, who handle about 95% of all soybeans processed in the United States, were expected to have crushed 155.072 million bushels of soybeans in September, according to the average of estimates from 10 analysts.

* Farm office FranceAgriMer on Wednesday lowered its forecast of French soft wheat stocks by the end of the 2021/22 season due to a cut in the crop estimate, but kept its forecast of exports outside the European Union unchanged.

* Iran needs to buy a record 8 million tonnes of wheat in the current season, Iranian industry sources said, after its domestic crop was hit by drought, while the jump in imports will coincide with high global grain prices adding to pressures on the country’s finances.

* Wall Street rose on Wednesday in choppy trade as investors saw an imminent end to ultra-loose U.S. monetary policy as a vote of confidence in the economy, while two-year Treasury yields hit 18-month highs on bets that policy tightening is in the offing. MKTS/GLOB