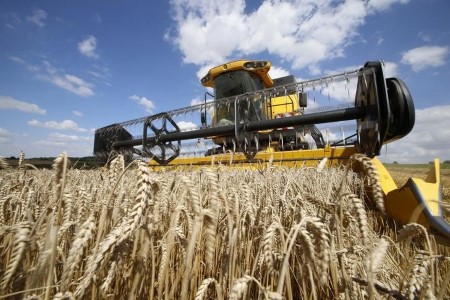 PARIS, Feb 10 (Reuters) – France’s farm ministry on Thursday lowered its estimate of the area sown with winter soft wheat for the 2022 harvest to 4.75 million hectares (mln ha) from 4.92 mln ha in its initial projection in December.

The reduced estimate was down 4.3% compared with the 4.96 mln ha harvested in 2021 and was also 1% lower than the average area of the past five years, the ministry said in a crop report.

The expected winter barley area was increased to 1.25 mln ha from 1.23 mln ha previously, now up 4.6% from last year’s harvest but 1.6% below the five-year average.

Wheat and rapeseed in France are almost exclusively winter crops, while barley production comprises a significant share of the spring crop.

For spring sowing in the coming months, it said a survey of farmer intentions carried out in December suggested that the spring barley area would be stable to lower compared with last year.

Among other spring crops, farmer plans pointed to a drop of at least 6% in the overall area of grain and fodder maize (corn).

For sugar beet, the area was seen stable to down 3%, while for sunflower seed sowings were expected to decline by at least 3%.

Here’s why inflation may be less costly for some retirees