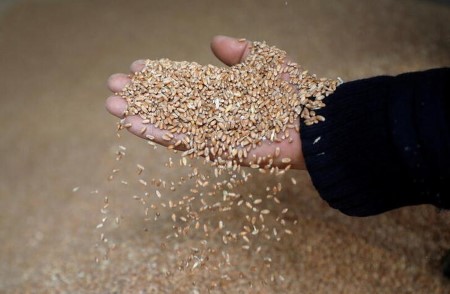 Paris prices were also curbed by a weaker trend in Chicago, reflecting a steep rise in the dollar as stronger than expected U.S. jobs data fuelled expectations of further interest rate rises. GRA/FRX/

Wheat prices have between torn between progress in establishing a sea corridor for Ukrainian shipments and continuing brisk export demand for European wheat.

Three grain ships left Ukrainian ports on Friday while the first inbound cargo vessel since Russia’s invasion was due in Ukraine to load.

That followed Monday’s departure of an inaugural grain cargo under the diplomatic agreement.

“Still, nothing firmly ensures the Ukrainian exports will pick up in the near future.”

Traders have been cautious about prospects for flows, beyond the clearing of cargoes stuck at Ukraine’s ports, while the war with Russia continues.

“The question now is when will fresh wheat supplies from inside Ukraine arrive at export ports,” a German trader said.

European Union wheat exports were expected to remain strong while Ukrainian supplies were limited and Russian shipments were also below usual levels.

In Germany, August loadings were starting with a vessel this week taking 30,000 tonnes of wheat for Guinea and another next week set to load about 60,000 tonnes for an undisclosed destination.

Sellers of standard 12% protein wheat for September delivery in Hamburg were offering around 33 euros a tonne over the Euronext December, with buyers seeking about 30 euros over.

“Prices for river shipping have more than tripled since June and this is causing pain for mills and feed makers along the river,” another trader said.

In France, the farm ministry raised by 1 million tonnes its estimate of the soft wheat harvest to 33.9 million tonnes, although this was still below last year’s crop.

The new figure was broadly in line with market expectations after strong yields in northern zones offset drought-hit results in the south.

(Reporting by Gus Trompiz in Paris and Michael Hogan in Hamburg; editing by David Evans)

DNA: How did the world spend 6 hours without Facebook-WhatsApp?